The first reading for this years Flood Risk Season shows a level of 79.7 metres, roughly average for this time of year.  The level has been falling slowly but steadily since the heavy rains a week ago.  There seems to be little rain in the forecast (see below), so little prospect of sudden changes in the aquifer. 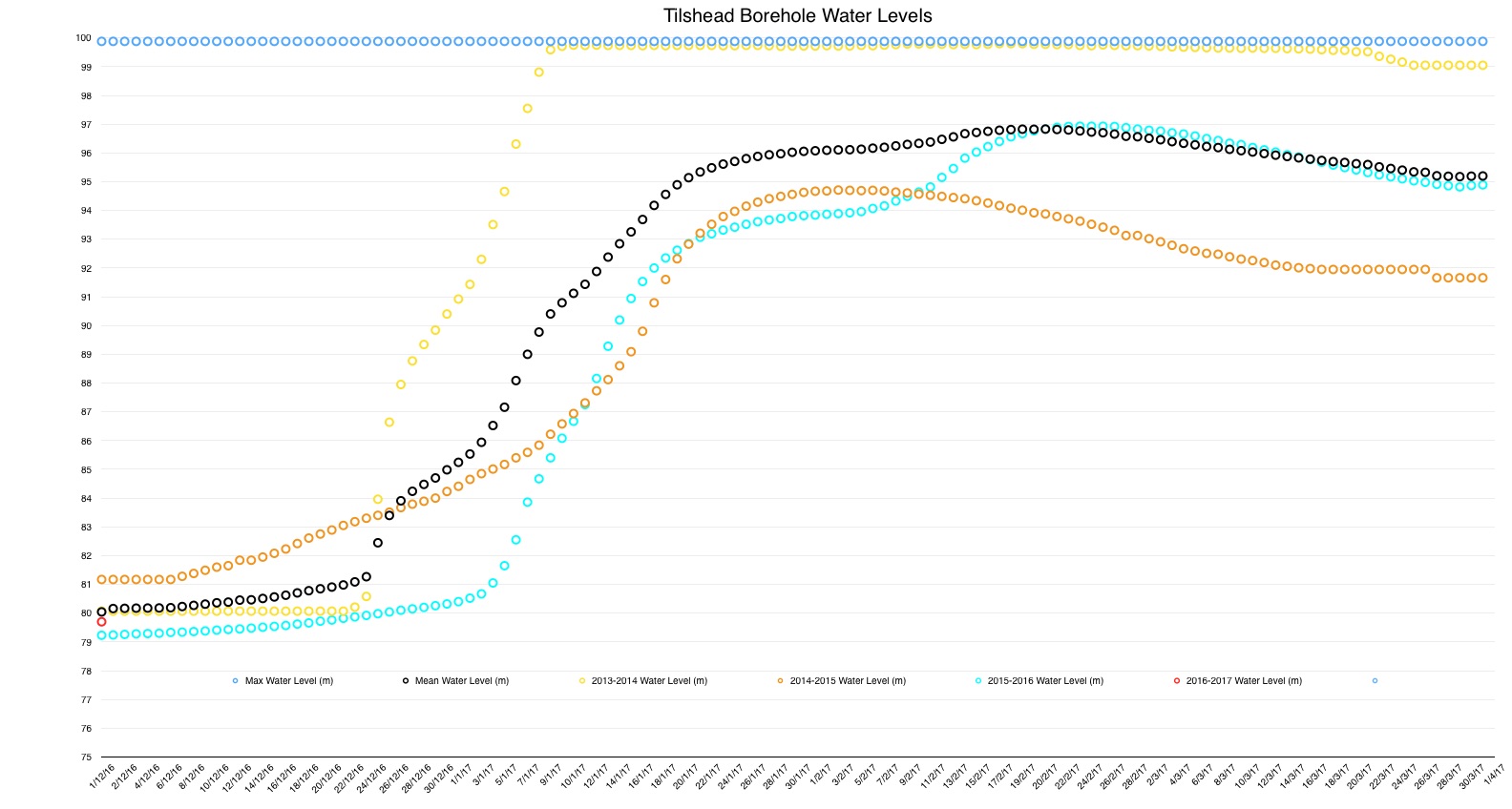 The weather forecast for the next period is as follows:

Tuesday is likely to see more dry and settled weather for most of the country, with sunny spells. Where the cloud breaks overnight, this is likely to bring local frost and fog. However, the far west of the country is likely to become breezy on Tuesday, with some patchy rain later. From Wednesday, this rather wetter and windier weather will gradually spread further south-east. As it does so, the wind and rain will gradually ease so the south-east may well stay dry. It will become milder across the country with less frost than recently. Into next week, this milder, wetter and windier theme is likely to continue but in general, winds will be stronger and rain will be heavier in the north-west, whereas the south-east will stay drier and quieter.