With only 3mm of rain falling since the start of February, the rate of rise in the Tilshead aquifer has begun to fall off quite noticeably.  The fact the level has risen almost 1.5m during the same period gives an indication of how long it takes for rain that has fallen onto the ground surface to work its way down into the aquifer. 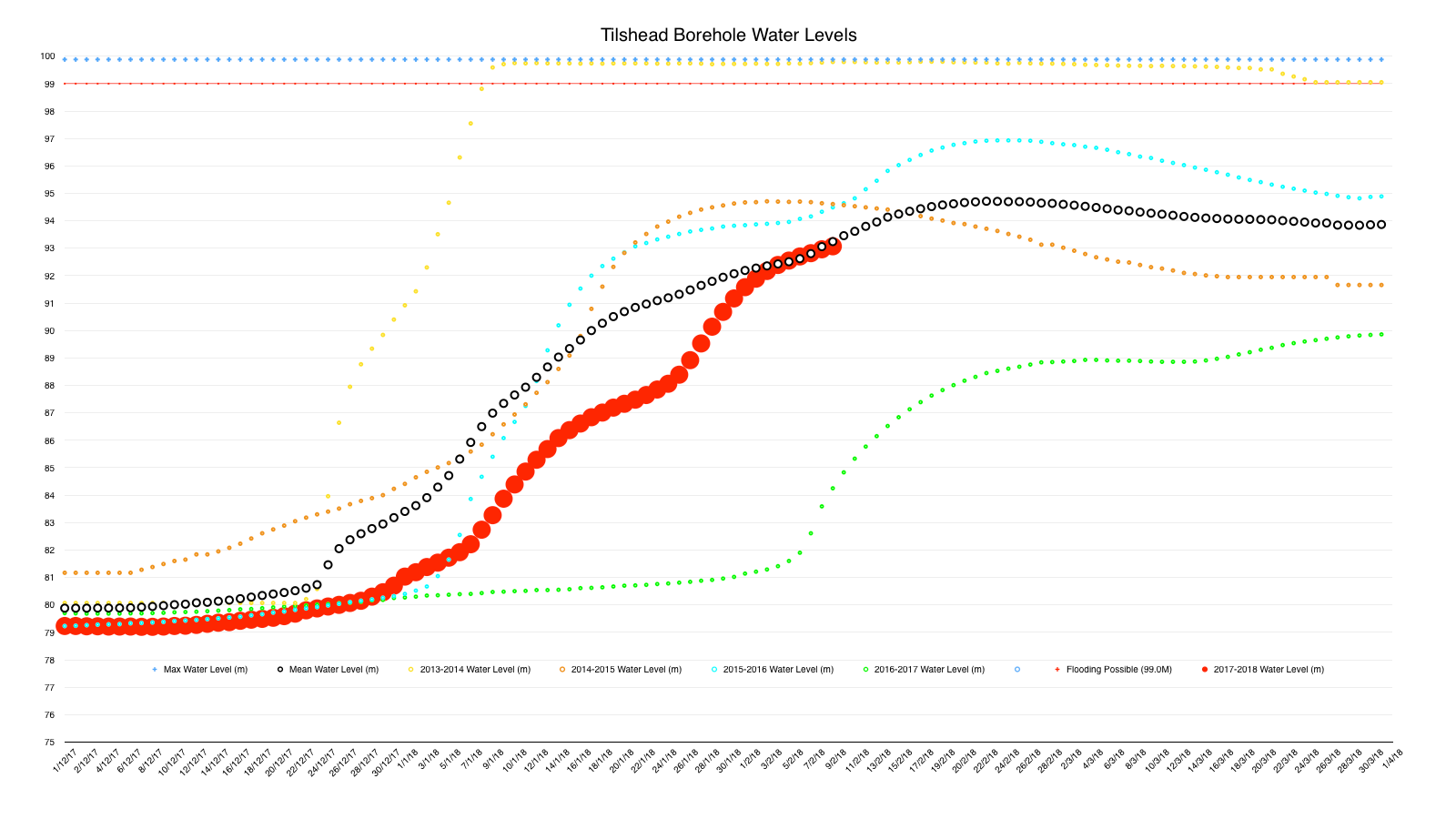 As you can see, the water level for the last few days has been bang on the 5-year average.  This rather lends the lie to recent claims by English Heritage, in relation to the rather muddy permissive path from Byway 12 to Stonehenge Bottom, that this has been caused by exceptionally wet weather.  In fact, the rainfall this winter has been distinctly below average, at least until it hit the average level this week.

We’ve had 6.4mm of rain overnight, so we might expect the rate of rise to decline a little for the next day or so, before rising slightly – unless we have more rain.  Indded, more rain is forecast today and through until Tuesday – with the possibility of a little sleet or even snow!   Longer term, there is no change to the general forecast of a drier than average end to February and start of March.