The level of water in the Tilshead borehole has been on a bit of knife edge for a week or two now, in the sense that over the last few years water doesn’t start to flow in the Till under the bridge in Church Street until the water level in the borehole is somewhere between 81 and 82 metres.  We moved into that region last Friday and sure enough, the rain we have had over the last week has pushed us over that first point.  So the chart for this year shows a sharp upturn, but there is no need to panic! 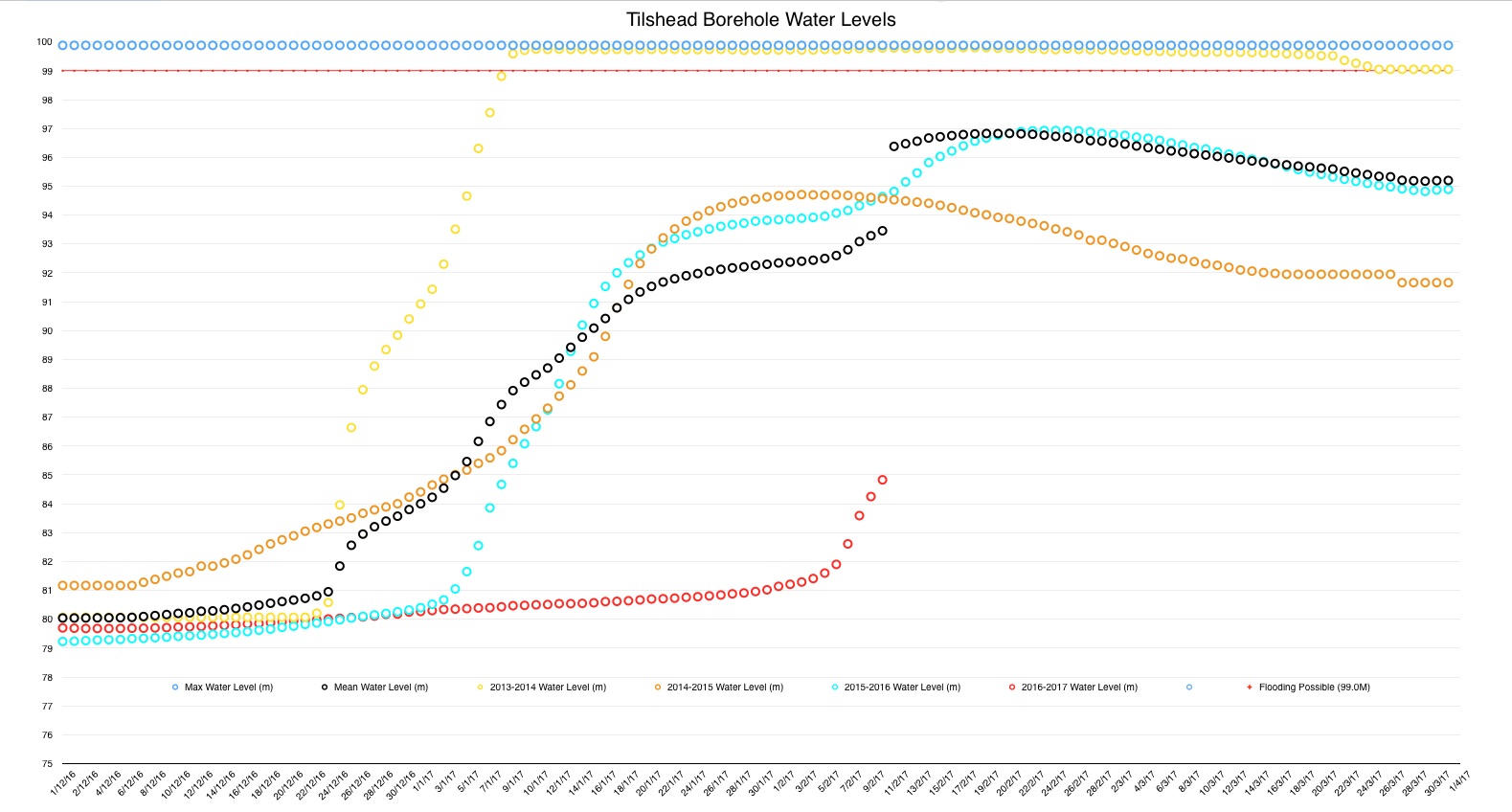 The weather forecast suggests we might have a little light sleet or even snow over the weekend, with some light rain in the first part of next week.  A little more rain may be on the way fro the following weeks, but there are no deluges in the forecast at the moment.