Apologies for the late publication of this weeks flood report, I’ve been away in the north.   Well, whilst I’ve been away spring has well and truly sprung and despite having one day already this month with more rain (9.4mm) than the entirety of March 2015 (9mm), water levels in the Tilshead borehole have begun to fall.  I wouldn’t tempt fate by saying the groundwater flood season is over for 2016-2017, it’s going to take an awful lot of rain now to make a significant difference. 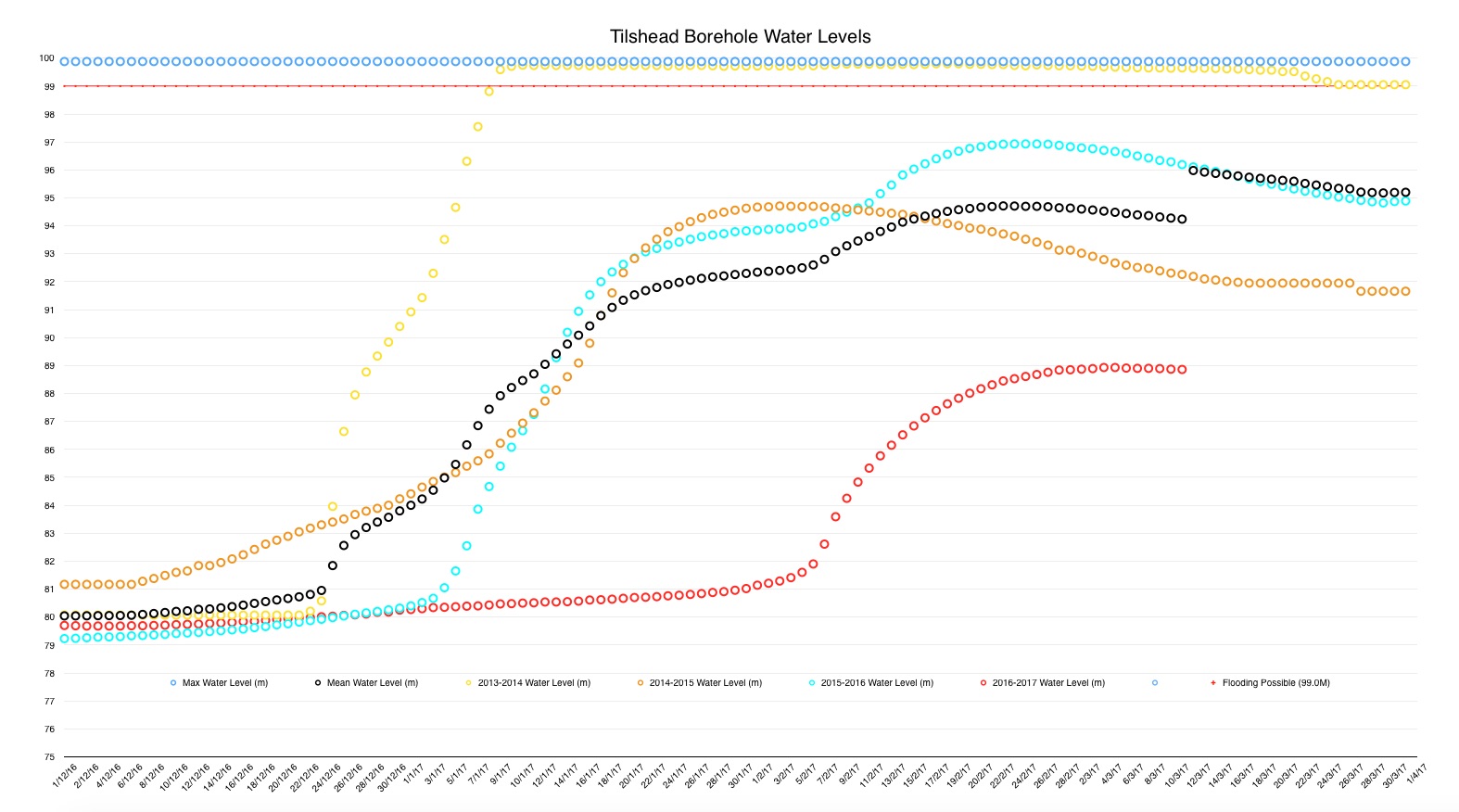 The weather forecast suggests rain for tonight and tomorrow with the possibility of some more later in the week.  The rest of the month and into April looks as if its going to be drier than average.