Given all the rain sleet and, briefly, snow, we had last week 42mm in all. It probably won’t come as too much of a surprise that the water levels in the Tilshead aquifer, which had been falling steadily since the River Till dried up through the village in late Autumn, have now started to increase.

Despite the increase, the level this morning is the lowest we have seen on a 15th December in the 5 years of monitoring. 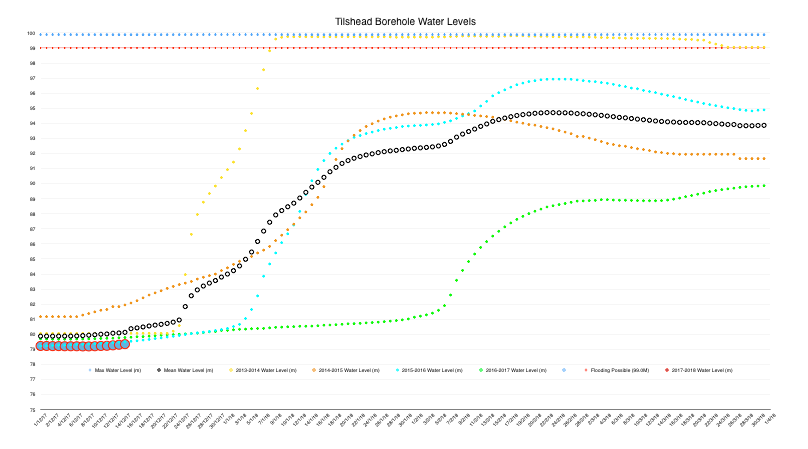 The weather forecast for the next week shows some rain beginning on Sunday, but drier weather being anticipated during the week.   The run up to Christmas and into the early part of January may see a little more sleet and snow, but by and large, it is expected to be drier than usual.