You may be surprised to see that despite an awful lot of rain over the last two weeks, the level of water in the Tilshead borehole has fallen steadily until the last day or so. If you’ve been rash enough top pop out into your garden you might realise why. The ridiculously warm winter has meant that the deciduous shrubs and trees barely went dormant and many are now coming into bud. Even the grass in your lawn has started sprouting. That takes an awful lot of water and no doubt this has increased the rate at which the water level fell.

Earlier in the week, there were a couple of false alarms when the level seemed to settle for a few hours then continued downwards. 24 hours ago, the level started to rise at much the same rate it has fallen for the last two weeks – so the present level of rainfall is overcoming the level of plant transpiration; at least for the moment. It’s hard to tell how long the rise will continue, but certainly until the middle of next week, even if the rain stopped now. 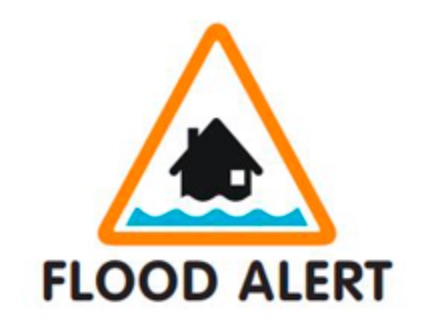 The Environment Agency has maintained its groundwater Flood Alert for the Salisbury Plain area and on Thursday last were saying:

“Groundwater levels in the Salisbury Plain remain high but have steadied over the last few days. Storm Dennis is forecast to bring heavy rainfall over the weekend. From Saturday, we will see some high rainfall totals falling over the Salisbury Plain. Levels will continue to rise into next week. We will be monitoring the situation. Residents are advised to ensure that pumps are working where they have been installed and property resilience measures are in place.”

Storm Dennis is not doing us any favours and heavy rain is due today (Sunday), although on the plus side the wind is dropping. The rain is likely to continue overnight with heavy showers all day on Monday, easing a bit on Tuesday. Wednesday may be fine, but it looks as though the rain will kick off again on Thursday. This wet and unsettled weather seems set to continue to the end of the month when we might begin to see some more settled weather.