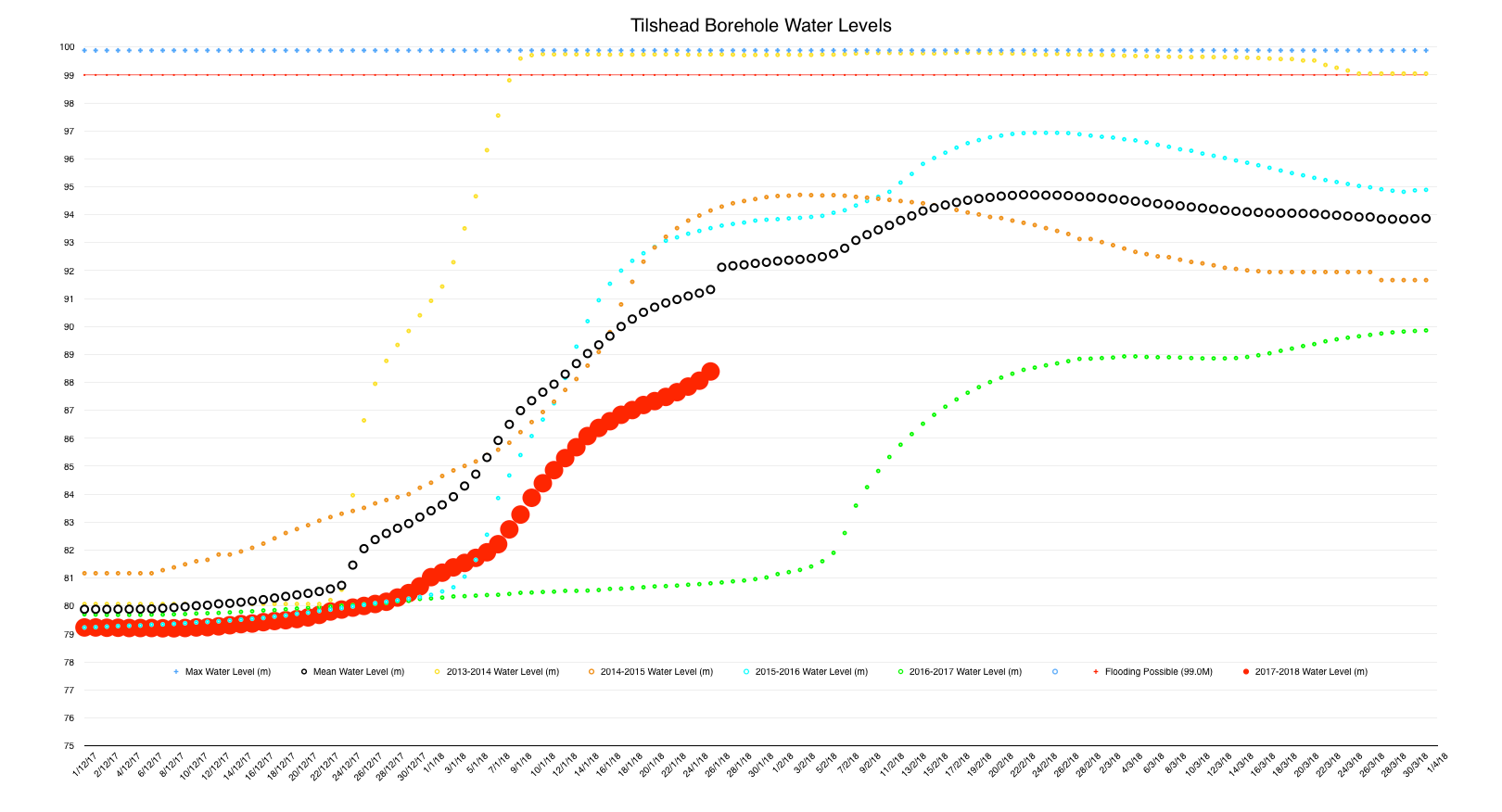 Picture the aquifer as a sponge in the shape of a hill.   At the start of the flood season (1), the sponge is pretty much bone dry and has a large cross-sectional area.  It needs a lot of water poured on to it, for the waterlevel to rise any distance up the sponge.  As time goes by and more rain falls (2), the cross sectional area of the lowest level of dry sponge decreases, so the volume of water required to cause, say, a 1 unit increase in the depth of water in the sponge also decreases.  The whole system becomes much more sensitive to even a small amount of rain.   In other words, the closer the real aquifer becomes to saturation and flooding, the more sensitive it is to the smallest rain storm – at the start of the season,  the system would not show an increase in depth of water in the aquifer. by the time the water level reached 98 m deep, 1.0mm more rain could cause an increas in excess of 1 m and initiate a flood (3).  Our apologies for the awful drawing! 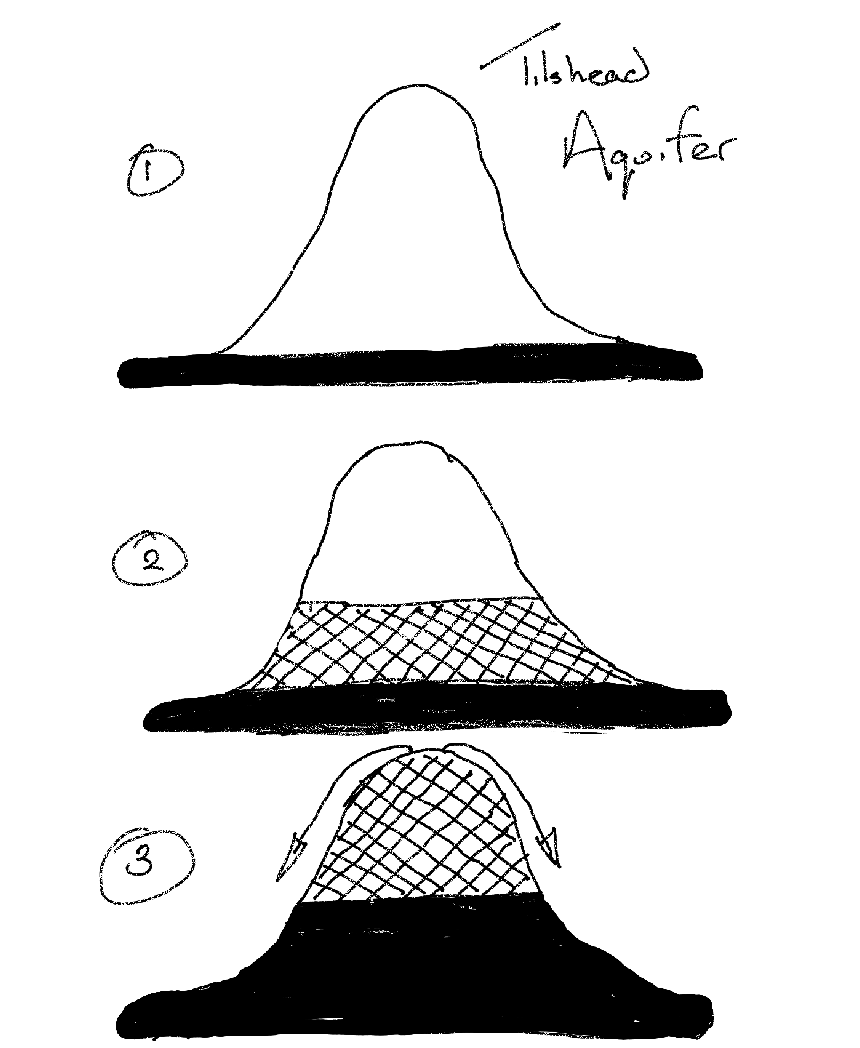 Thankfully, this year, we are a long way from that position at the moment.   Rain is predicted for Saturday and the early part of next week.   In the longer term, we expect a drier than usual start to February, with a period of rainy weather returning towards the middle of the month.