At the end of a week where English Heritage were citing “exceptional weather” as their reason for closing a somewhat muddy path past Stonehenge, water levels in the Tilshead aquifer remains just below the five year average.  Rainfall has been the joint third least rainfall over the last five years and only 40% of the rainfall we experienced in the really exceptional winter of 2013-2014; the last time we had flooding in the village!

Levels have continued to rise and after a brief acceleration in the rate following a rainy day on 21st January, have now started to tail off again. 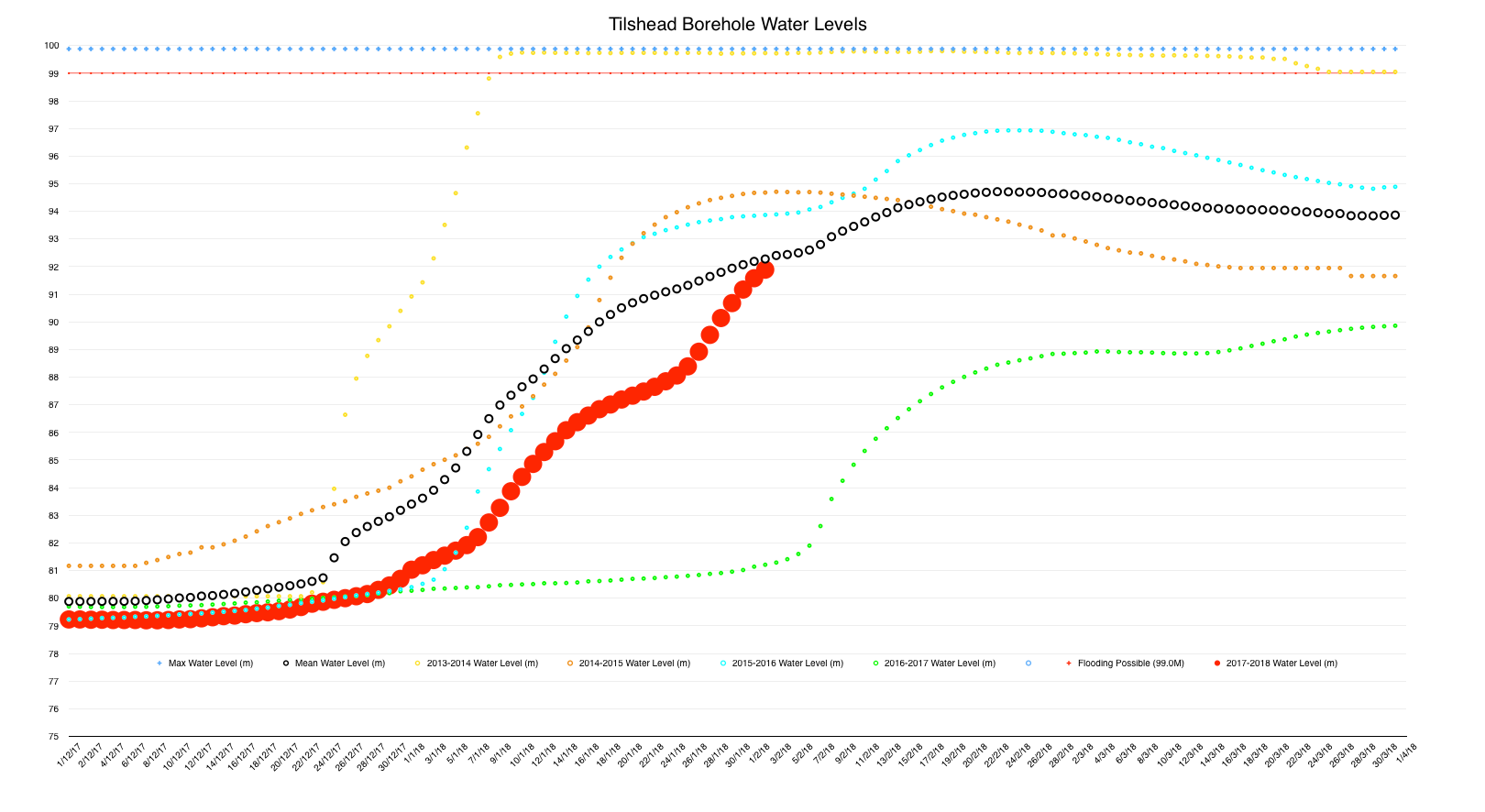 The weather over the coming period suggests a little bit of rain on Saturday followed by a largely dry week.  It’s going to be cold and their may be a few outbreaks of sleet and snow.  The weather is expected to remain colder than normal towards the end of February and into March, with the possibility of easterly winds dropping the temperatre to well below average.   The cold weather may keep the wetter westerly airstreams at bay!

Do NOT follow this link or you will be banned from the site!