It’s always nice to be able to report a good news story and doubly-so when it promises to bring pleasure to the village for years to come.

A month or so ago, several of our village ladies got together and discussed what they would like to do to bring a bit of colour to some of the verges around the village.  This initially started with them looking at the old planter near St Peter’s Church – which had seen better times and was suffering a little, having been hit by a passing delivery truck; probably more than once.   They approached the Parish Council to ask if we could replace this damaged planter and provide a second for a near-by site and in return, they offered to look after them.   At the September meeting of the Parish Council, there was unanimous agreement to fund this and the ladies were given the go ahead to choose two suitably robust planters for the village. 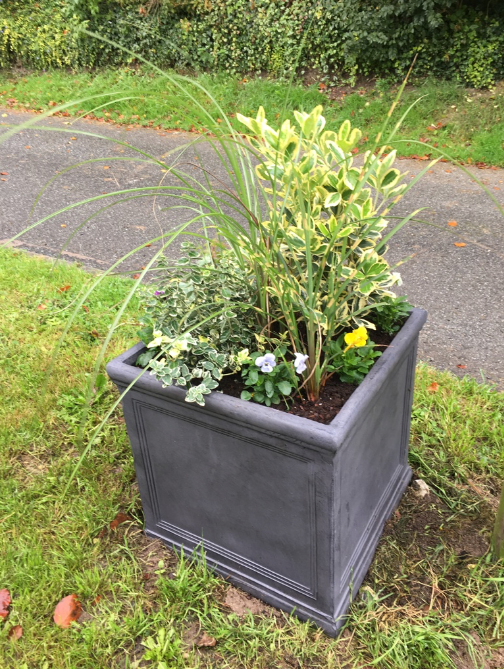 Now our ladies don’t let grass grow under their feet and within a couple of days they had not only purchased the two planters planters at a considerable discount, they had roped in one of their sons as a ‘delivery driver’, filled the planters, sited them and bought a third planter and all well within the budget the Parish Council had set aside.  Of course our enterprising ladies haven’t stopped there and we were then asked if they could get two more planters to replace the old ones along the High Street/A303 – for many years looked after by the late and much-missed Brian Jones.  These had been damaged by stone strikes, strimmers and simply the wear and tear of sitting alongside such a busy road.   Again, we had the offer to look after them, so,of course, we’ve said yes. 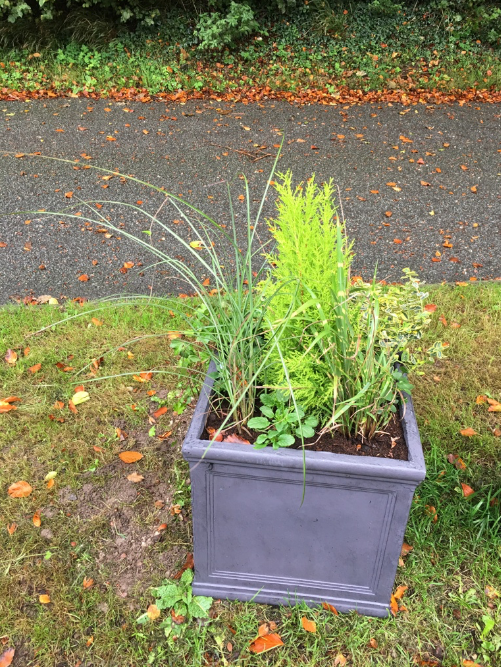 The evergreen shrubs will give some much needed winter colour and they have been under-planted with spring bulbs, so should be a riot of colour in the early part of the year.

So a huge thank-you to Heather, Karen, Maggie and Teresa (and profound apologies if we have left anyone out!) not, of course,  forgetting Sam.  If anyone else wants to “adopt a planter” and has a public space in mind on which to site it, then do get in touch with the Parish Clerk and we will see what can be done.

2 thoughts on “Our Enterprising Ladies”