Anyone who has been looking for signs of BT activity on the Shrewton road over the last couple of weeks would have found it hard to spot anything at all.  However, today there were a few signs that things are moving forward.

First of all, some BT subcontractors were spotted feeding ducting or possibly cable into one of the access chambers that were installed last year. 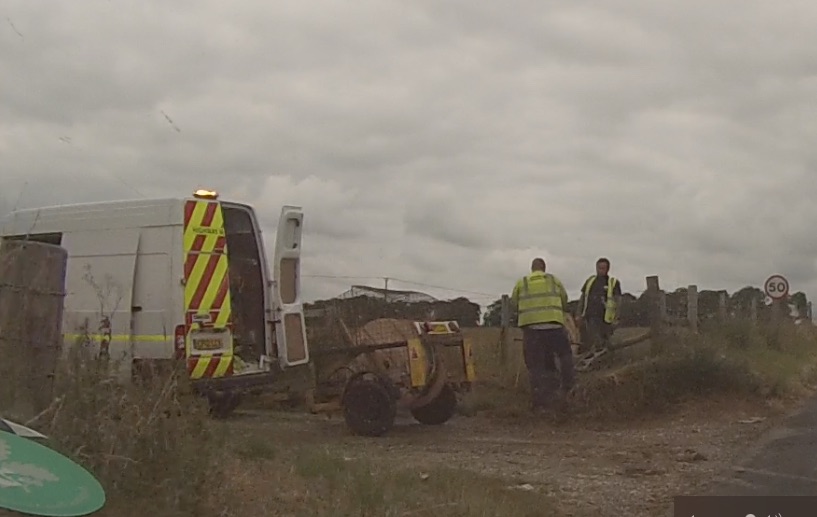 Further down the road, another contractor was pumping out another access chamber in the road at the foot of a BT pole: 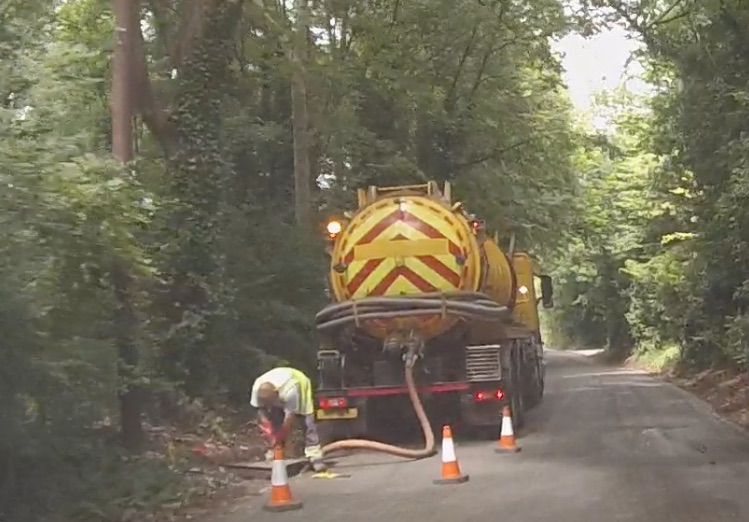 However, they don’t appear to have brought the mole plough back yet, as the yellow plastic poles are still in the verge: 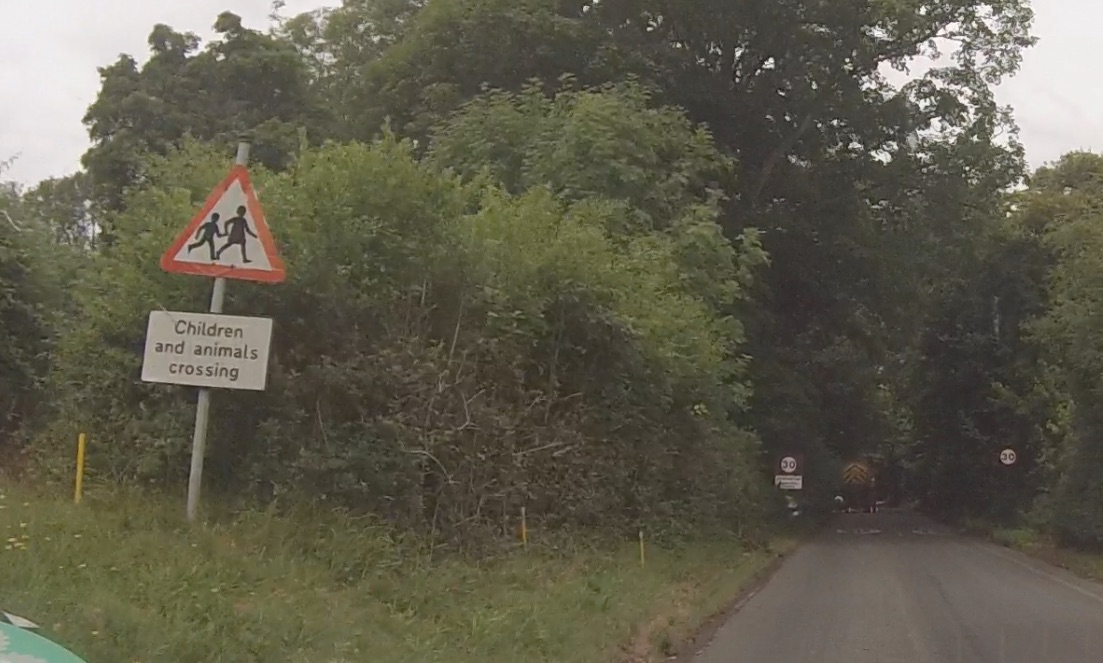 There is no evidence that they have installed any of the poles for which they had sought permission for traffic controls.  That might suggest there is a bit more work to be done over the next couple of weeks.  Apologies for the poor quality of the photos; they are stills from a windscreen video.