The latest in the series of Community Forum meetings was held at Antrobus House, Amesbury on 12th February 2020. A number of interesting points were made and we are reporting these now as some are of current interest. We will publish or link to the formal minutes of the meeting when published, along with any presentation material that Highways England provides.

Jim Claydon, the Independent Chair of the forum noted that the decision, by the Secretary of State, on the Development Consent Order for the A303 Amesbury to Berwick (Stonehenge) scheme is still expected by no later than 02/04/2020. That said, he observed that there were 7 outstanding DCO applications on national infrastructure projects immediately prior to the election, no doubt impacted by the usual parliamentary purdah. These were

One of the delayed road schemes is the Sparkford section of the overall A303 scheme where the decision was due on 12th December 2019. The Planning Inspectorate have observed that a “Statement to Parliament setting a new deadline for a decision will be made once Parliament is in session.

The Chairman suggested that Angus Walker, a leading blogger on national infrastructure projects, is convinced that any DCO decisions due after 12/03/2020 will be delivered on time.

Highways England pointed out that one major road scheme associated with the A303 schemes has been given the green light and that is the DCO for the A30 Chiverton to Carland Cross Development in Cornwall. It is worth readers taking a look at the Secretary of State’s decision letter (here) as it gives a flavour of what we might expect.

Highways England will be carrying out what they call a “pavement survey” in Winterbourne Stoke overnight on March 2nd to 3rd 2020 from 20:00 to 05:00. What they mean is that they will be using a specialised vehicle, similar to the one shown, to measure the depth and condition of the road surface and its underlying structure. 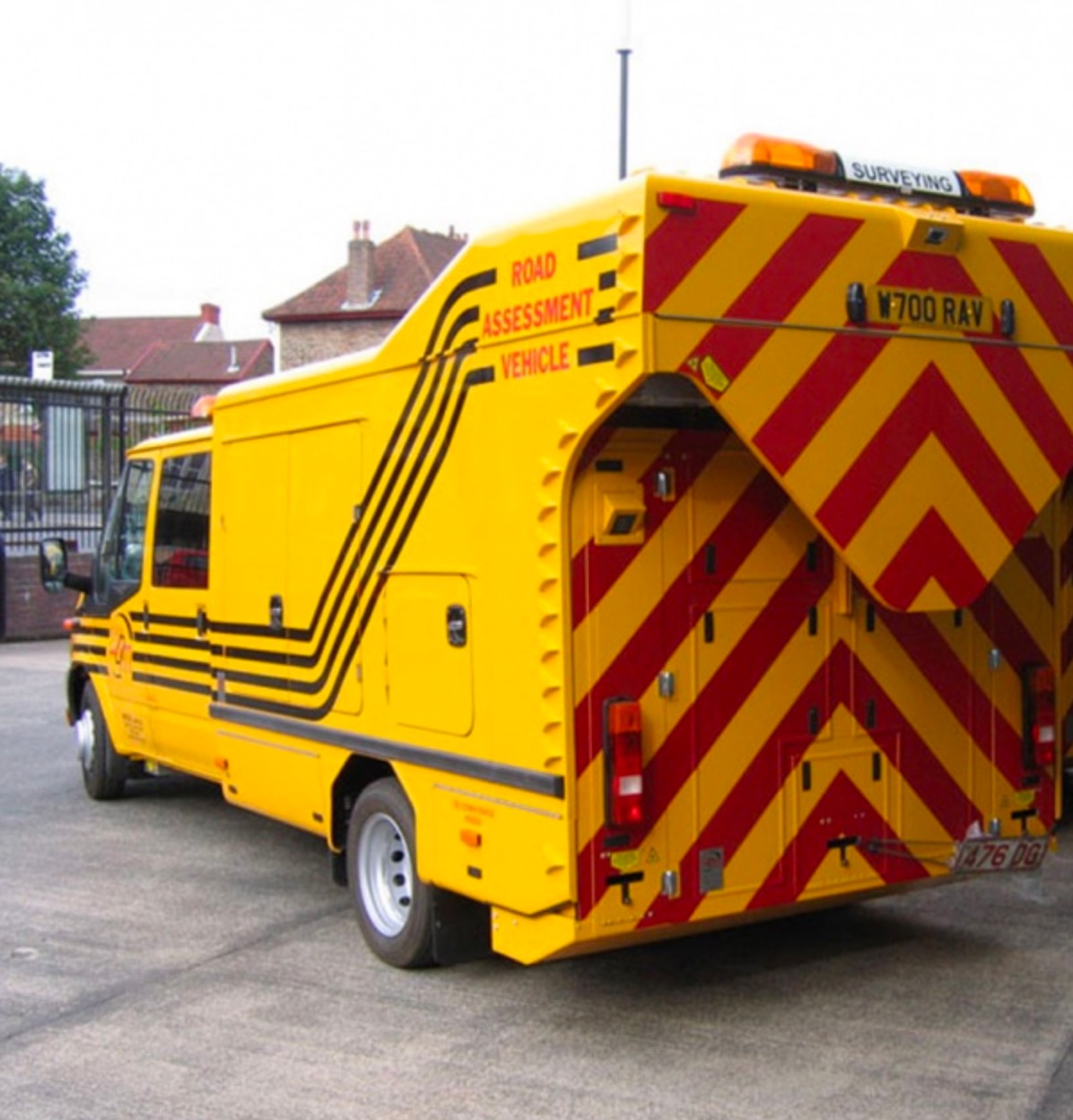 This is likely to involve single lane working and may necessitate traffic control measures whilst it takes place.

(This information will be disseminated on the Parish Council website, the noticeboard and the Notifications Group asap)

Sadly, the Connected Communities project will not consider the Yarnbury Castle crossing of the A303 – hardly a surprise as Highways England has been adamantly against doing anything to this part of the A303, despite the likely increase in usage and consequent increase in the risk to pedestrians, cyclists, and equestrians that the scheme will bring.

The studies, whose development we have reported on previously, will report by the end of March and we would hope to make those reports available to all.

We are going to be publishing and linking to an awful lot of material over the next few years relating to the way the public can engage with the archaeology that will emerge from the road-building project. A lot of this will be funded, at least in the early stages, by monies from the overall cost of the scheme. There were a few interesting snippets.

So far, there have been 462 hours of magnetometer and ground-penetrating radar surveys.

These have revealed a lot of interesting new finds but three stand-out in particular, a cluster of round barrows on the left-hand side of Winterbourne Stoke Hill, close to where the byway crosses the A303 from Hill Farm Cottages.

The second is what is believed to be a Roman bathhouse that lies behind the Travelodge in Amesbury and close to the river.

Third is a crouch-burial near the Winterbourne Stoke Clump, just off the A303 to the east of Longbarrow Roundabout. One wag at the meeting questioned whether it was really the remains of a motorist taken short in the adjacent A303 lay-by.

We raised one key question relating to the archaeology – given the prominence of the WHS, was it simply going to focus on yet more of the neolithic, given that history did not begin and end with the building of the Stonehenge landscape! What about the things that happened there over the last 5,000 years including the more modern history of WW1 including the Stonehenge RFC/RAF aerodrome and the Plains Railways. We had expected a bit of a kick-back from the archaeologists, but they seemed delighted that this point had been raised. They assured the meeting that the funding from Highways England would be used to make the most of the new archaeology that is found during construction, irrespective of what period it comes from.

A parishioner, Mr West, raised the issue of the safety of the current Longbarrow Roundabout; in particular, the road markings which encourage vehicles to take dangerous routes across it. This issue has been raised regularly with Highways England over the last 2-3 years and, despite two revisions, Highways England seems unable or unwilling to correct the situation.  Whilst we have little confidence that Highways England will resolve the situation on this occasion, it was encouraging to have two parishioners present at the meeting.

Highways England were asked (yet again!) to remove their safety barrier and broken equipment casing from alongside the A303 next to the pedestrian crossing.

We drew Highways England’s attention to the fact that Winterbourne Stoke can disappear entirely from digital mapping (Satnavs) when the A303 diversionary route is put into effect, as it was a couple of weeks ago following the serious accident to the west of the village. Basically, once the A303 is flagged as closed, the digital systems can’t find any open route into the village, or through it – even if the crash is nowhere near us. If you enter a Winterbourne Stoke postcode or address into your satnav (this definitely applies to TomTom systems – we are unsure about Google maps) under these circumstances, you simply get a blank screen with the message “Destination not reachable”. You don’t even get a map to show you places nearby as the Satnav doesn’t know where the village is! A very good reason to keep a road map in the car, even if you never use it. Wiltshire Police have also been informed of this issue.

You can keep up to date with the Community Forum activities by visiting the Facebook page.