The Basics of Our Village History

The parish of Winterbourne Stoke mostly consists of downland, with chalk outcrops in places. It is bisected from north to south by the River Till, which rises to the north on Salisbury Plain, and which was originally called the River Winterbourne. The village is located at the junction of the B3083, running north and south, and the A303 trunk road, running east and west. The land is gently sloping; level areas near the river have been used as meadowland and slightly sloping land for arable cropping since the Middle Ages.

Especially in its east part, the parish is rich in archaeological remains. The Greater and Lesser Cursus are Neolithic monuments, and there are a group of seventeen long barrows, some of which are in neighbouring parishes. A Romano-British settlement has been identified on Winterbourne Stoke Down, as well as some medieval earthworks. Most of the Parsonage Down national nature reserve is within the parish. This ancient downland is rich in wild flowers as well as having scrubby areas where yellowhammers and turtle doves flourish.

Many of you will have attended services or other events at St Peter’s Church in Winterbourne Stoke over the years. Others may have simply wandered round the wonderful seclusion of the churchyard and mused about the building itself. How many of you have looked closely at every inch of the exterior? Why would you? 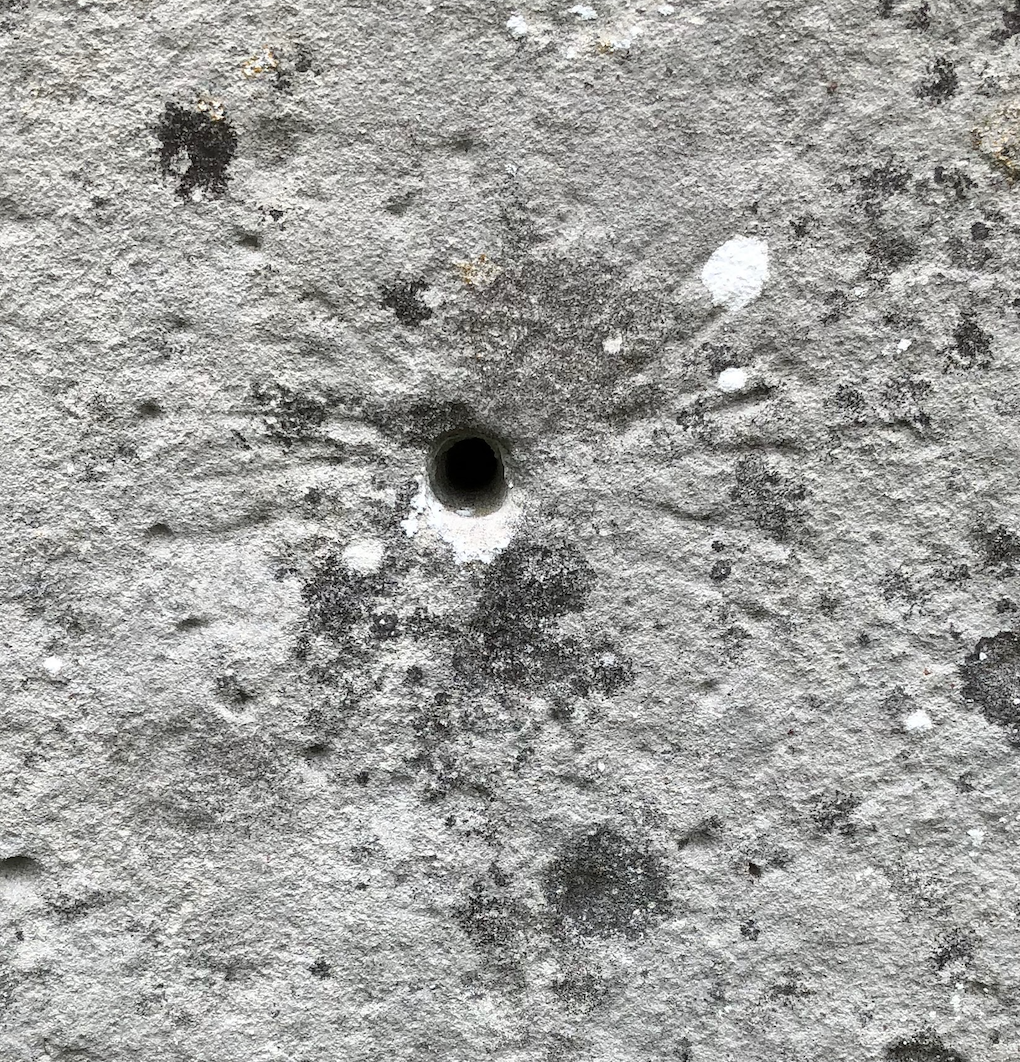 Look carefully round the outside walls of St Peter’s Church, particularly on the southern and the western sides and you may spot some curious scratch marks and carvings. They are mostly, though not all, between waist and head height and are of various styles. You’d be forgiven for thinking these were acts of simple graffiti, carried out by our ancestors, but that is far from the case. The conventional wisdom is that these are scratch-dials or mass dials; very simple sundials created by boring a hole into a stone block on the south side of a church, or sometimes between two blocks, into which a wooden stick or iron rod could be inserted. The line of shadows cast by the stick, at dawn, noon and dusk would be scratched into the stone, to give a rudimentary clock; hence the name ‘scratch-dial’. When used to record the start of mass (9:00am), they are known as Mass dials. There are the remains of 9 or 10 at St Peter’s.  If you want to read more about these fascinating relics of our past and see some of the photographs – please click on this link.