Coronavirus (COVID-19) is going to be a major feature of our lives for some time ahead.  The situation is evolving rapidly and anything we write is likely to be out of date within a matter of days, if not hours.  Consequently, the best source of advice for villagers is that which is being provided by the Government.

This advice can be found here on the UK Government website.

The site carries links to such things as:

Number of Coronavirus (COVID-19) Cases and Risk in the UK.

Exploring the World Heritage Site and Beyond 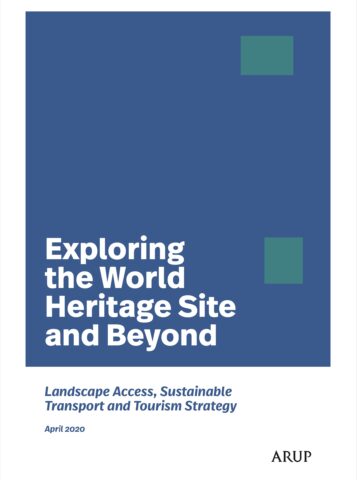 The consultants, Arup, have produced a final report which is, in effect, is a set of suggestions on landscape access, sustainable tourism and sustainable transport in the WHS. that are next to be reviewed and evaluated by a working group, who will identify priority projects stemming from this report.  Although the report was completed in April 2020, the COVID-19 pandemic introduced delays into the review process as we suspect, did the delays in the decision on the A303 Stonehenge to Berwick Down scheme.

If you travel across the WHS, work in it, visit it for leisure, or have interests in the tourism industry, then we would suggest you dip into the report.  Once we have access to the appendices, we will also make those available.   You can find a copy of the report here.

Onboard and Online: Grant Shapps Approves the A303 Stonehenge Scheme

We’ve been deliberately slow to react to the news last Thursday (12/11/2020) from the Department for Transport that Secretary of State, Grant Shapps, had decided to approve the Development Consent Order for the A303 Stonehenge Scheme.  The reason for this is that we wanted to take the time to read both the Recommendation Report from the Examining Authority (EA which is akin to War and Peace) and also the Secretary of State Decision Letter approving the plan;  these can be found here at https://infrastructure.planninginspectorate.gov.uk/projects/south-west/a303-stonehenge/

We would suggest you take the time to read at least Chapters 7 and 10 of the EA report and all of the Shapps letter to get an idea of what has been approved. 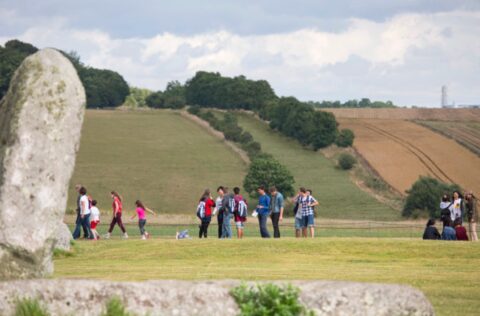 You will have seen the furore from some quarters around the fact that whilst the EA recommended that the SofS should turn down the DCO, having taken further advice he decided in favour of it.  This is an example of having a series of checks and balances in a democratic process. If the Sof S was simply going to rubber-stamp the EAs recommendation, why send the recommendation to the Sof S at all?  It wouldn’t be necessary.  Grant Shapps has shown the DCO system works and is not just a paper exercise.

One way or another, the decision is going to have an impact on all our lives over the next five or so years and that is going to be in the full glare of the local, national and international Press.  The Parish Council has engaged with everyone from the Valley News, to ITN, the BBC and even Al Jazeera, who despatched a reporter and cameraman to our village.  Of course, it’s never over until the fat lady sings and those of us who have seen plans for a bypass for Winterbourne Stoke wither on the vine previously are a little circumspect about what happens next.  Indeed, may of you will have seen and read the threats to take the decision to Judicial Review.  Another reason to delay a response was to allow us to get a better understanding of the process before we made any comment.  We’ve now had that advice and you might find it interesting.

Basically, a Judicial Review allows those opposed to the idea to challenge the decision itself.  It is really important to understand that the merits of the scheme proposed in the DCO cannot be challenged under the Judicial Review process; that is done and dusted.  Any Judicial Review would be brought against Sof S and has to be registered by Christmas Eve.  There are only 3 allowable reasons for permitting a Judicial Review and these break down to:

The reason for suggesting you should read the letter from Grant Shapps in its entirety is to give you a feel for the lengths that he and DfT have gone to, to undermine all those possible avenues of attack from the outset.

So, subject to the outcome of any Judicial Review, Highways England hope to be getting things underway with the advance works in late Spring next year.

They will be looking to identify local businesses who can help with the supply chain for the main contractors when work proper gets underway.  They are keen to ensure that the local economy is boosted as a priority and whether its accomodation, food or concrete, there will be opportunities to become involved.

In the meantime, in late Spring Osborne (the company responsible for the recent M27 bridge replacement and much else besides) will get to grips with the advance works.  Locally to the village, that is going to involve extending the new water main from Shrewton, eastwards to Longbarrow roundabout to supply the compund processing chalk spoil from the tunneling activities.  They are also going to start the changes to Rollestone junction that will de-emphasise the rat-run through Shrewton; this is regarded as a priority activity that must be sorted out before the scheme proper begins.  Osborne may also be involved in creating a small compound off the B3083, but it is not yet clear if that will be needed by the main contractor.  Further east, and east of Countess roundabout, Allington track will be closed off from the A303; there will be a new route through Solstice Park making the A303 a little bit safer.   Changes will also be made to an intercepting road to the north of the A303.

We hope that gives you a little flavour for what might happen next.  Highways England are also looking at ways they can bring you more information despite COVID-19.  We will let you know how things develop, but it is likely to be a Zoom meeting.

B3083 Resurfacing Work Between A303 and Shrewton

These works involve the repairs to the existing carriageway, the installation of new road markings and the adjustment of surface ironwork.

The works will commence on Monday 26th October 2020 and will be completed by Friday 13th November 2020 between the hours of 09:00 and 16:00 (no weekend working), however, on occasions they may over run due to uncontrollable circumstances such as plant breakdowns, if weather conditions are unfavourable, or occasionally we discover the need for additional repairs once the work has started.

There will be advance information signs erected on site giving confirmed start dates.

Due to the nature of the works and the local environment, the works will be carried out within a temporary road closure, to ensure that adequate health & safety is maintained for the contractor & local residents.

Road Markings and Ironwork adjustments may need to be completed at a later date.

The main diversion route for all ‘through’ traffic whilst works are being undertaken within the road closure will be west on the A303 and north east on the A360 and vice versa.

The Contractor will maintain pedestrian access for residents for the duration of the works; but depending upon what operation is being undertaken and where it’s being undertaken residents may find that when accessing or egressing from their property in their vehicle, they may experience a delay and have to wait for plant to be moved out of the carriageway.  I have suggested to residents that when leaving their property, to allow extra time for any possible delays and when returning to their property, there will be traffic management operatives located at the extents of the works, to speak to them, explain where they live, and they will be able to assist.

There will be points during the material laying process where vehicular access will be restricted as residents won’t be able to drive over the newly laid material, as early trafficking could lead to premature failure, therefore I have recommended to residents that if works are being undertaken in the vicinity of their property to speak to the workforce in advance to ask if there will be any restrictions with regards to access.

Signing will be in place advising that local businesses will be open as usual.

I would like to take this opportunity to apologise for any inconvenience these works will cause but trust you will appreciate the necessity for these essential works to maintain Wiltshire’s highway network.

If you wish to discuss the works whilst they are in operation, please speak to a member of the workforce who will direct you to the appropriate person.

Village Preservation Society – What is it about?

The village is going to see quite a few comings and goings over the next few months with quite a few properties changing hands.  Inevitably, we are saying good-bye to some old friends, but we are also welcoming new villagers who will hopefully wish to contribute to village life.  To help them get up to speed, members of the Village Preservation Society have helped us put together some basic information for new villagers which can be found here on the website. 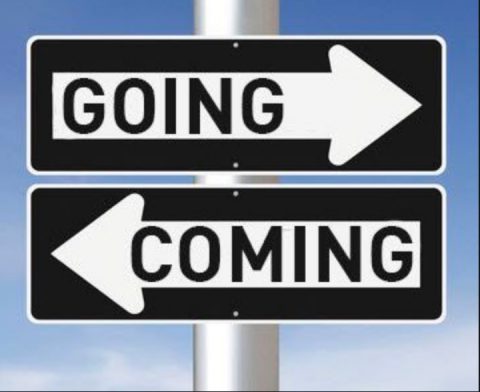 Please take a look and if you can think of any other information that can be added to the two documents, or the Village Directory section of the website, please let us know. 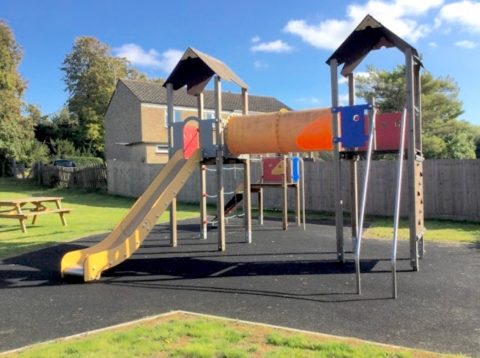 We are pleased to announce that the play park will re-open from around mid-day, tomorrow, Friday 10th July 2020.  Please note that the Parish Council has still not received a response from its insurers in respect of COVID-19 issues raised with them.  There is still the possibility that they may yet respond and put a spanner in the works, but we feel that we do need to go ahead and will deal with that eventuality should it arise.

Inevitably, there are a few strings attached and warnings.  A copy of the following notice will be placed on the gates to the park and on the Parish Council noticeboard.  It will also be poset on the village Facebook Group.

Please be aware that the Parish Council cannot make the park COVID-19 secure. Consequently, all parents/guardians deciding to let their children use the play park accept this and assume any and all liabilities arising from use of the play park in respect of COVID-19.

Entering the play park signals your assent to the above and the following conditions:

The areas of particular risk assessed by the PC are:

If it comes to the Parish Council’s attention that social distancing, or other mandatory requirements, are not being observed, the play park will be closed with immediate effect. 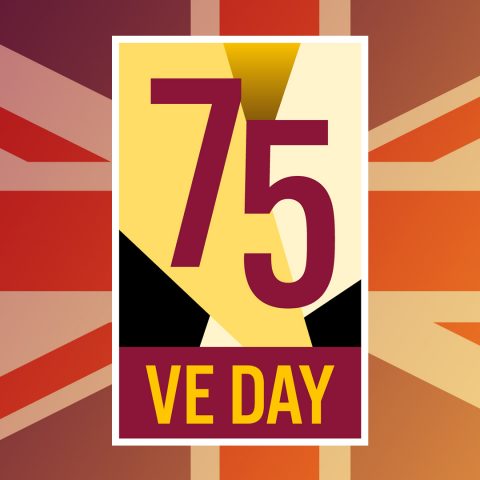 “My dear friends, this is your hour. This is not victory of a party or of any class. It’s a victory of the great British nation as a whole.”

So began Winston Churchill’s speech on the 8th May 1945 from the balcony of the Ministry of Health.  You can listen to part of the speech on the pages of the International Churchill Society.

On the 75th anniversary of VE Day we remember with gratitude and respect the brave men and women who fought for our freedoms. To those who gave so much, we thank you.
It’s with sadness that we cannot share that sense of national gratitude in a village celebration today, but we can still remember privately.  You might want to read the words of Edmund Blunden, writing about the end of the war in Europe in his poem, “V Day”, published for the first time today.  There are sentiments in the poem that still ring very true today in the face of our current challenge.