A most interesting week.  Overall, the Tilshead borehole water level fell steadily throughout the week, which reflects the lack of rain we have had during the last fortnight.  The relatively warm weather has continued and many of the shrubs and bushes that were in bud are coming into leaf and the buds are swelling on the trees.  Lawns are already growing madly and in need of an early trim so this is all serving to use up water.

During the middle of the week, the Environment Agency data stream showed an odd glitch.  It looked like this: 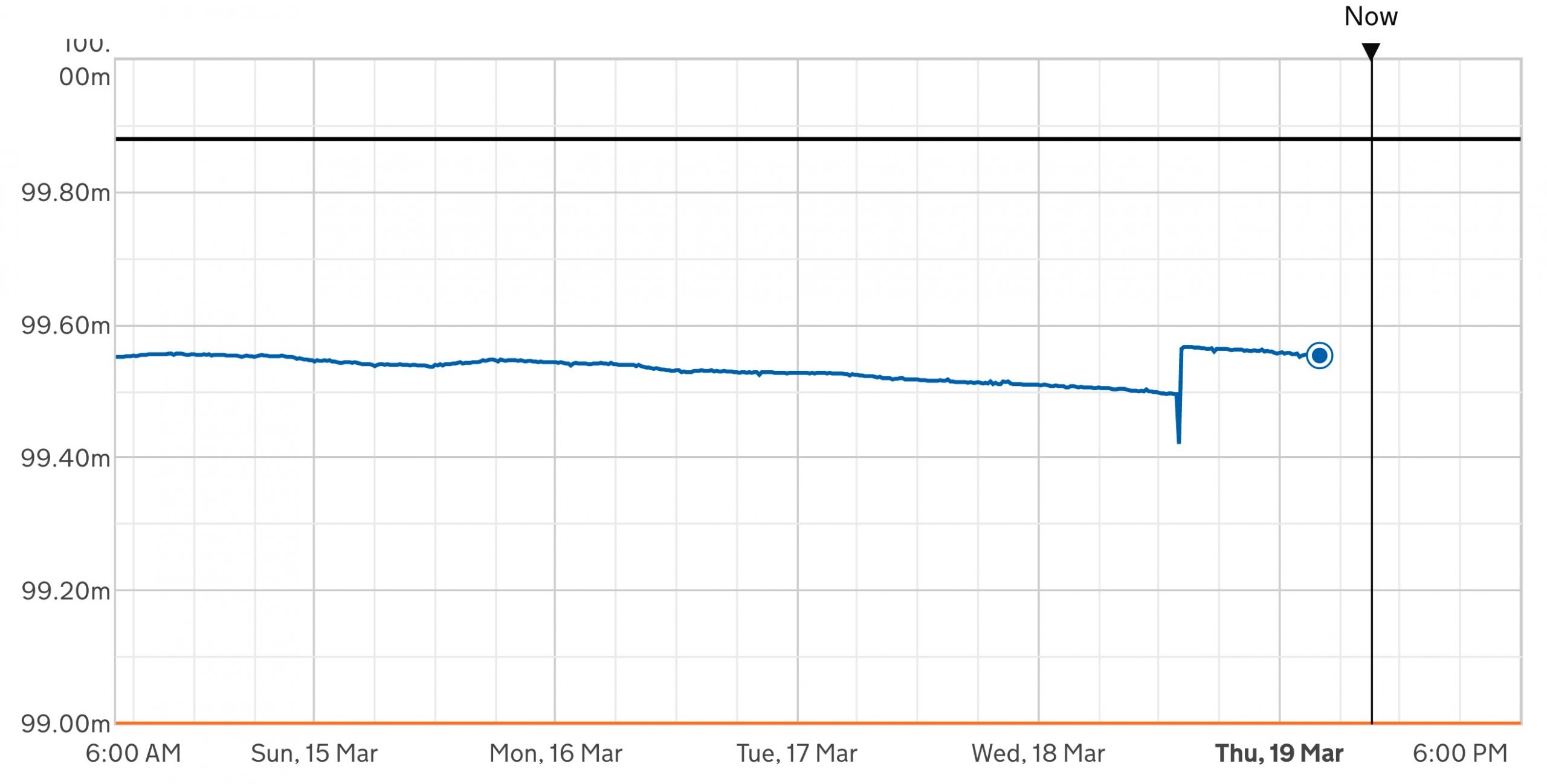 It’s almost as if the sensor in the borehole came adrift and started to sink before being hauled back into position.  I don’t expect we will ever really know what happened.   The Environment Agency Flood Warning remains in force for the River Till and the latest bulletin says:

“The groundwater level at the Tilshead borehole is currently 99.48 mAOD and stable. We believe a possibility of flooding still exists for Tilshead, Orcheston, Shrewton, Winterborne Stoke, Berwick Saint James and Stapleford. Residents are advised to ensure property flood resilience measures are in place and that pumps are working where they have been installed. Residents may experience problems flushing toilets and have issues with septic tanks. The Met Office forecast is for mostly dry and settled weather over the next few days. With a drier spell we expect groundwater levels to continue to fall”.

The weather over the next few days looks to be predominantly dry, breaking down to give a little rain on Thursday.  Beyond that, the weather continues to look dry, which is good news for those affected by these extraordinary groundwater levels.  Some good news at the end of an otherwise depressing week.