The snow we predicted last week arrived yesterday – and with a vengeance.  March really did come in like a lion!

As I write, the A303 is closed in both directions to the west of the village and the A360 at Longbarrow closed both north and south. We’ve had no rain over the last week and the rain gauge used by Janet Abbott doesnt seem to cope well with snow.  We seem to have had 4-6 inches of snow yesterday.  That’s about 100 to 150mm.  However, the caution here is that we had high winds, so these estimates may be too low or too high.  How does depth of snow equate to rainfall?  Well, an old, often used idea is that the ration is about 10:1.  However, that figure has been largely debunked in recent years – it all depends on the temperature at which the snow is laid down.  The ratio varies between  5:1 and 20:1.   That would mean we have had somewhere between 5mm and 30mm of rain equivalents yesterday.   That’s a huge variation and whilst 5mm would have only a minor impact on aquifer levels 30mm might have a major impact – so the next week or so is going to be critical. 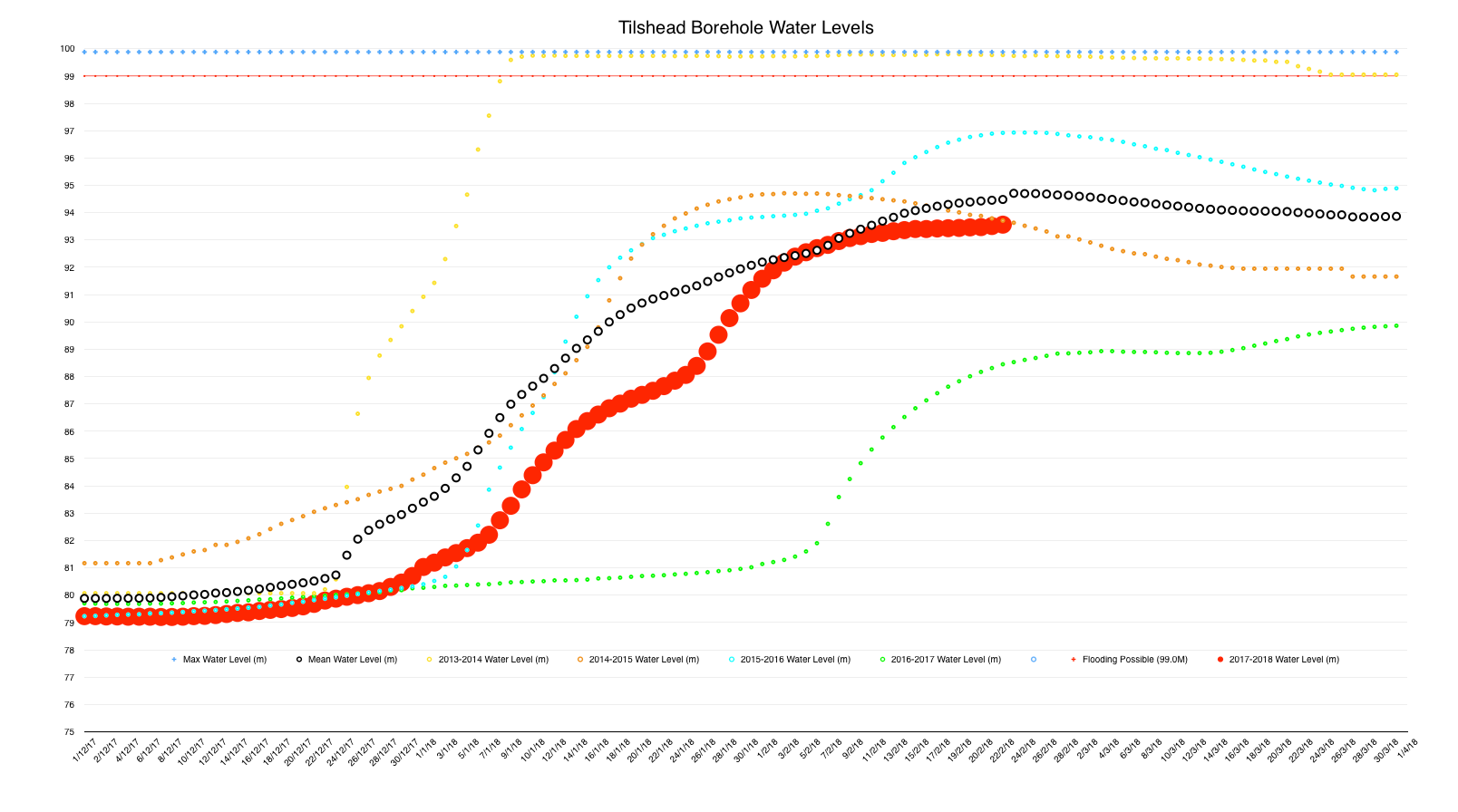 Aquifer levels are still slightly below average, reflecting the driest February (39mm of rain) in the last 5 years.   Contrast that with 2013-2014 when we had 136mm in February.  Look at the March rainfall levels below:

Given that we have rain forecast for most days next week, and we may have already had 5-30mm rainfall equivalents, then we seem set for at least an average March and possibly an exceptionally wet one.  Watch the weather forecasts carefully.  How the aquifer responds to thawing snow and rain will be determined by how frozen the ground really is – will the meltwater run off directly into the River Till, or will it soak into the ground?

More snow, or freezing rain is forecast for later in the day, so conditions could worsen before they start to improve over the weekend.  As we’ve already said, there is the prospect of more rain and sleet in the coming week, but the longer term situation seems less clear, with a battle between easterly and south westerly weather systems.  Only when the latter win out will we see the start of more Spring-like weather.  Will March go out like a lamb?