Well, we’ve come to the end of the 2017-2018 flood watch.  Although we began 2018 with one of the dryest January and Februarys of the last 5 years, we have ended with the wettest March.   Although the advent of Spring had reduced and even begun to reverse the water levels in the Tilshead borehole, the deluge of the last week has reverserd things once again and water levels are beginning to rise again.  That said, we finish the year with water levels at pretty much the 5 year average for the end of March. 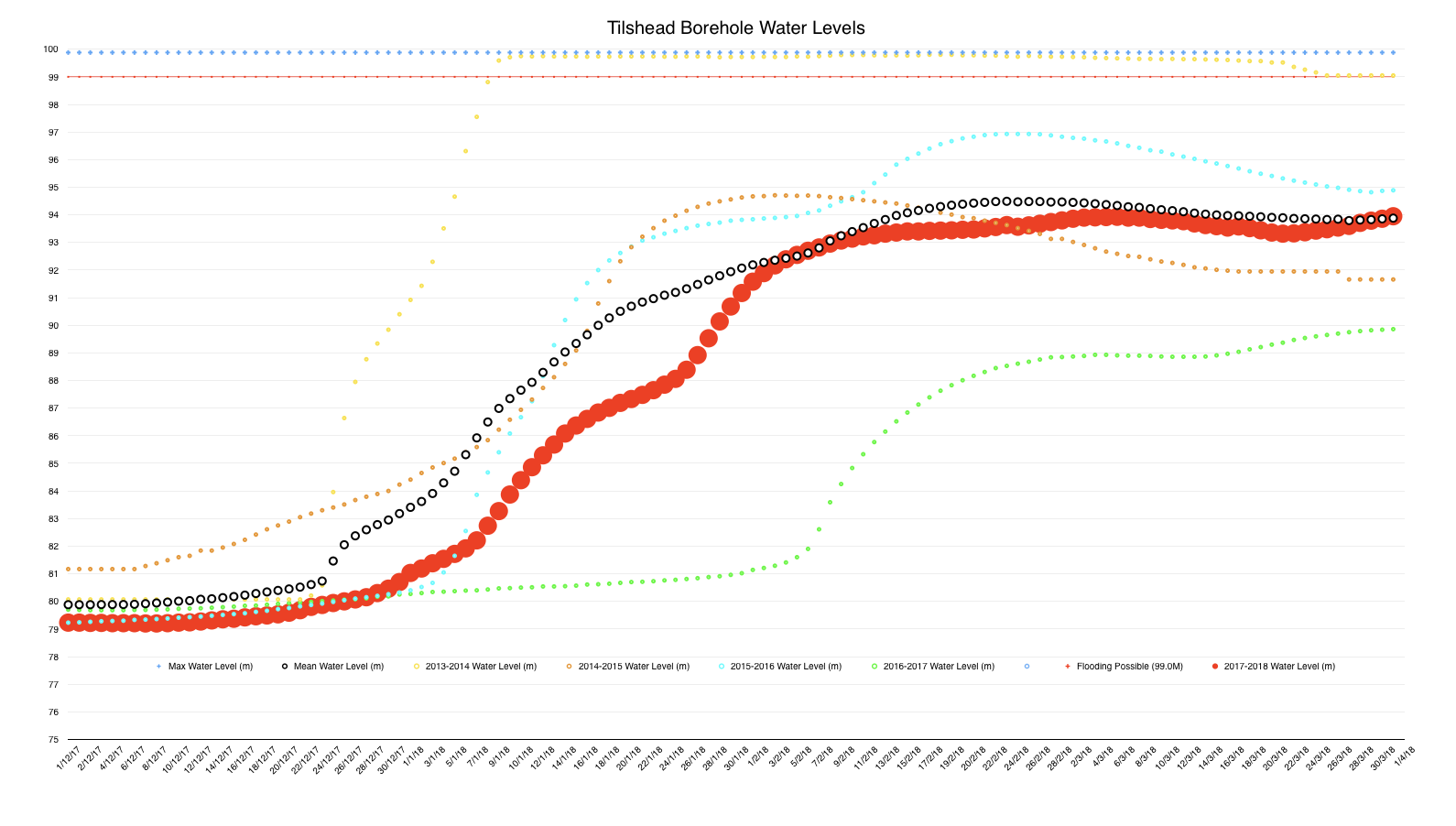 There will be no further formal reports until December 2018.  However, we will keep an eye on things and issue an alert should we have a few downpours of biblical proportions.

Happy Easter to all of you and have a great summer.  It is predicted to be a cooler and wetter summer than average with June not being too bad, but July and August being something of a write off.  Time will tell.