Happy New Year to you all.  Last year ended with something of a deluge.  We had 95mm or rain during December which is more than twice the amount we had in the previous December with the most rain over the last five years and 15 times the amount of rain we saw in the driest December we have had in the last 5 years.   For the record, that “driest” December was that of 2013-2014, when by early January, we already had groundwater rising in the village. That just goes to show how sensitive the local aquifer is to rainfall and how even a modest downpour can have profound effects on water levels. 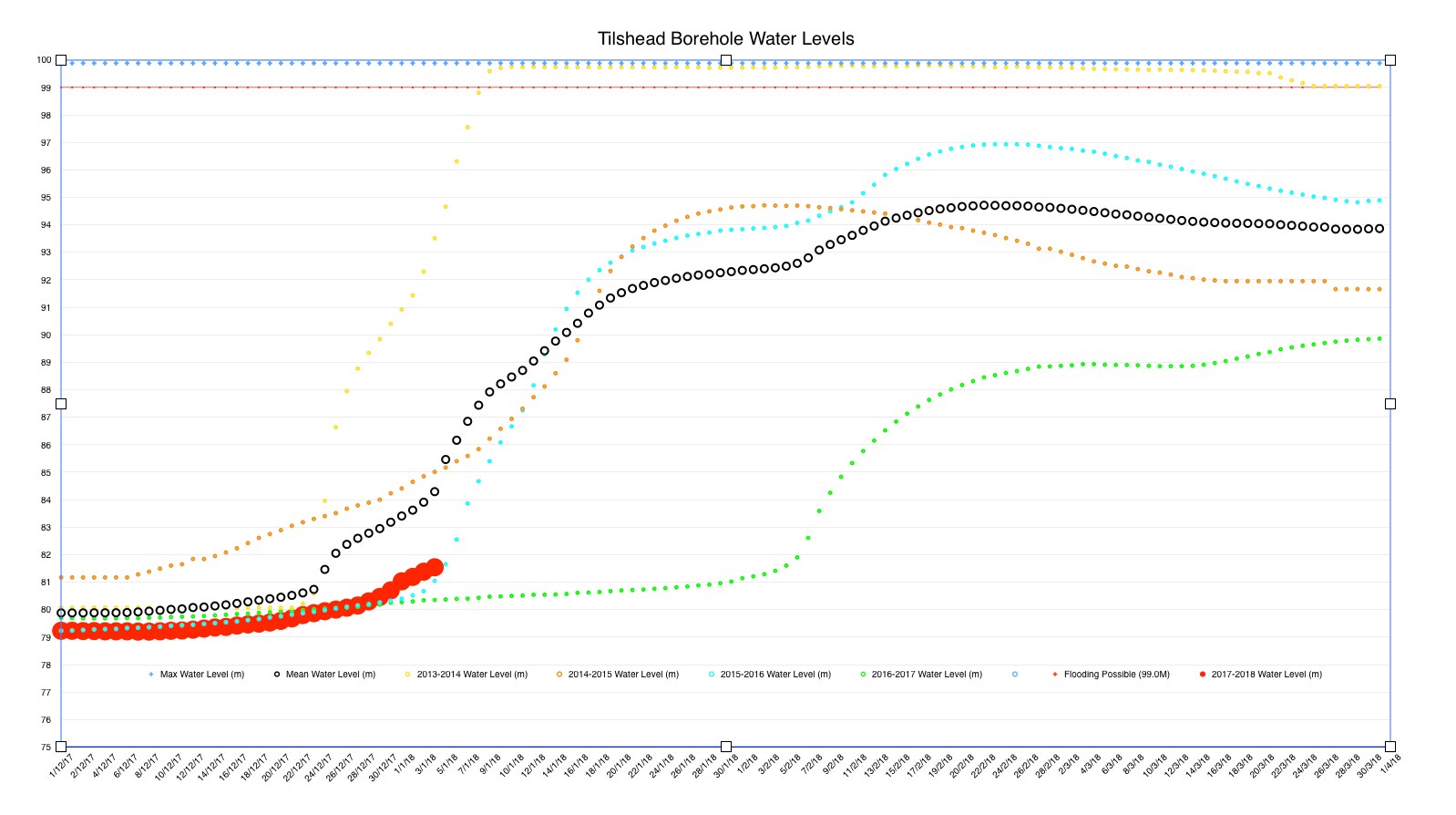 We’ve modified the graph slightly to make this years water levels a little more obvious.   We have rain forecast for the weekend, with dry cold weather on Monday and with rain returning by the middle of next week.  There is likely to be more cold weather to follow with snow possible.  There may be a return to normal temperatures in early February, but the forecast looks fairly uncertain.