Despite only having 3.3mm of rain over the last 7 days, the water levels in the Tilshead borehole have continued their inexorable rise, though the rate of increase has slowed considerably.  It just goes to show how sensitive the aquifer is to even small amounts of rain once the water level has exceeded the 82 metre mark.  That said, we are still a long way below the levels seen over the last 3 years. 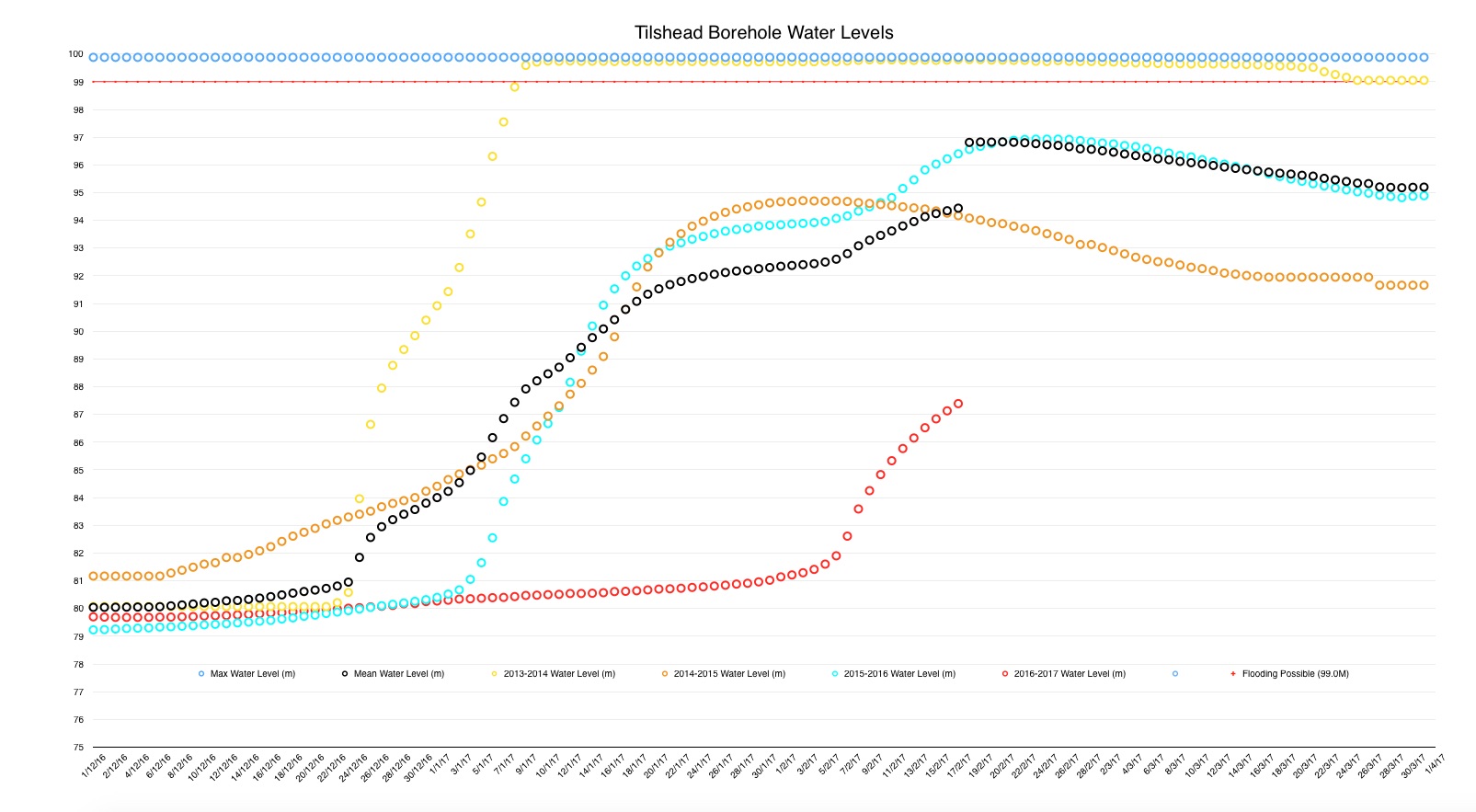 There may be a little drizzle today and aome early next week, but no major rainfall over the next week or so.  The end of February into early March is looking to be increasingly unsettled, with bands of rain sweeping across to the east.  There may even be a bit of snow around the corner!