Following the sharp upturn in the aquifer recharge rate a week ago, the situation has continued to worsen and the level over the last 24 hours increased by over 1.25 metres.  Whilst not as fast as the increase in the last flood year of 2013-1014, it is very close and we have had a lot of rain over the last 3 days in particular.  Unfortunately, I think some in the village may experience groundwater flooding in the next 48-72 hours.

We would suggest those with houses on the flood plain, shown in dark blue on the Environment Agency map below – mainly the northern and far southern ends of Church Street, Dryden Street – should be monitoring septic tanks to ensure they are working correctly and not discharging, or likely to discharge, into the floodwater. 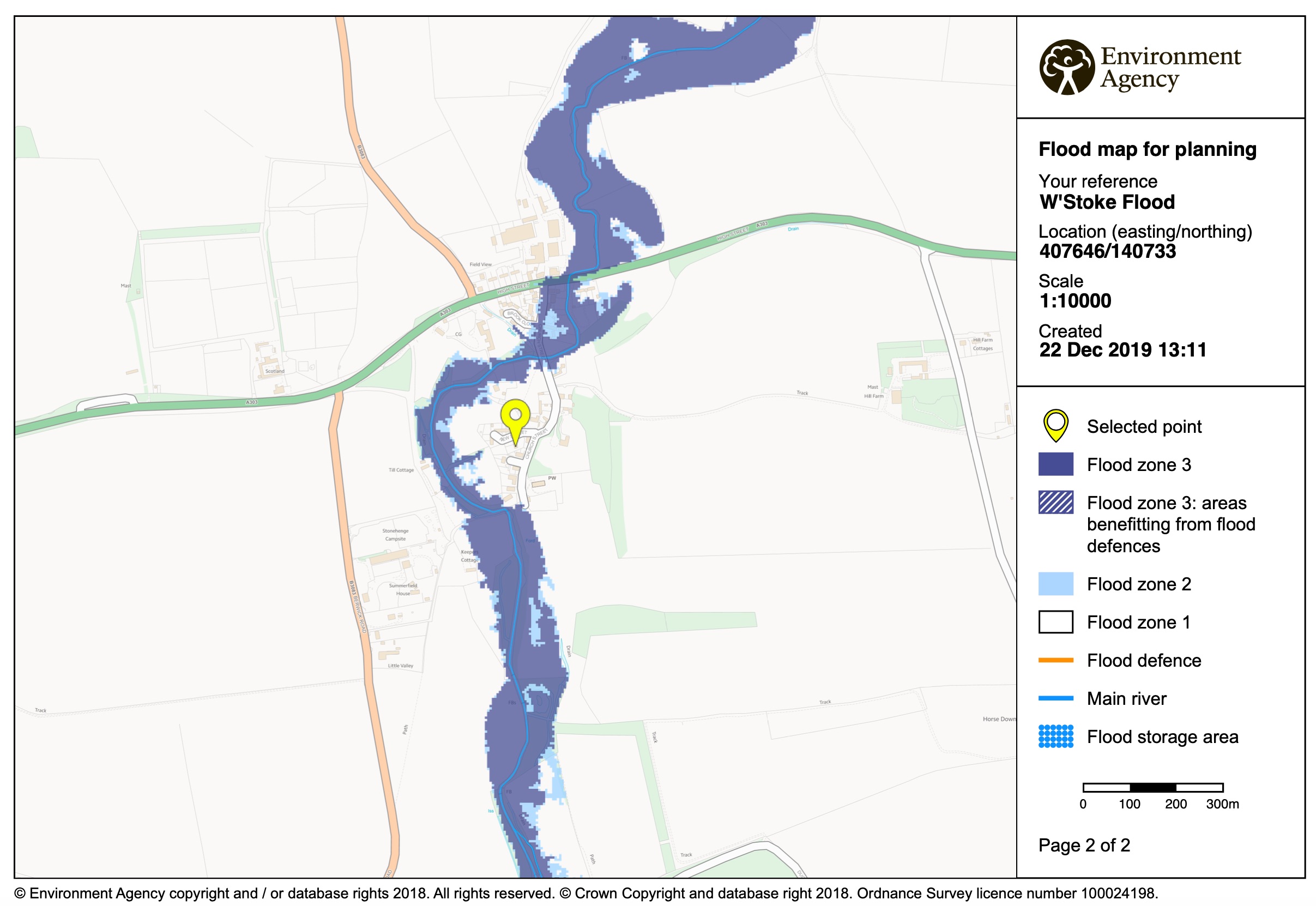 The weather for the next few days is likely to consist of yet more rain up until Christmas Eve, with Christmas Eve being dry.  Sadly, the rain seems set to return on Boxing Day.  The better news is that dryer weather might start to dominate in the early New Year.