Well, this is the last of the planned Tilshead Borehole Level bulletins for the winter of 2016-2017.  We’ve had the most uneventful winter, at least as far as rain goes, in the last 4 years which makes the prospect of a spring flood less likely – though not impossible.  Whilst we won’t be publishing any further graphs until December 2017, we will be keeping an eye on the situation and flag-up any impending issues if we have any large and persistent downpours between now and then.   Remember, you can always check the borehole levels at Tilshead over the last 5 days here. 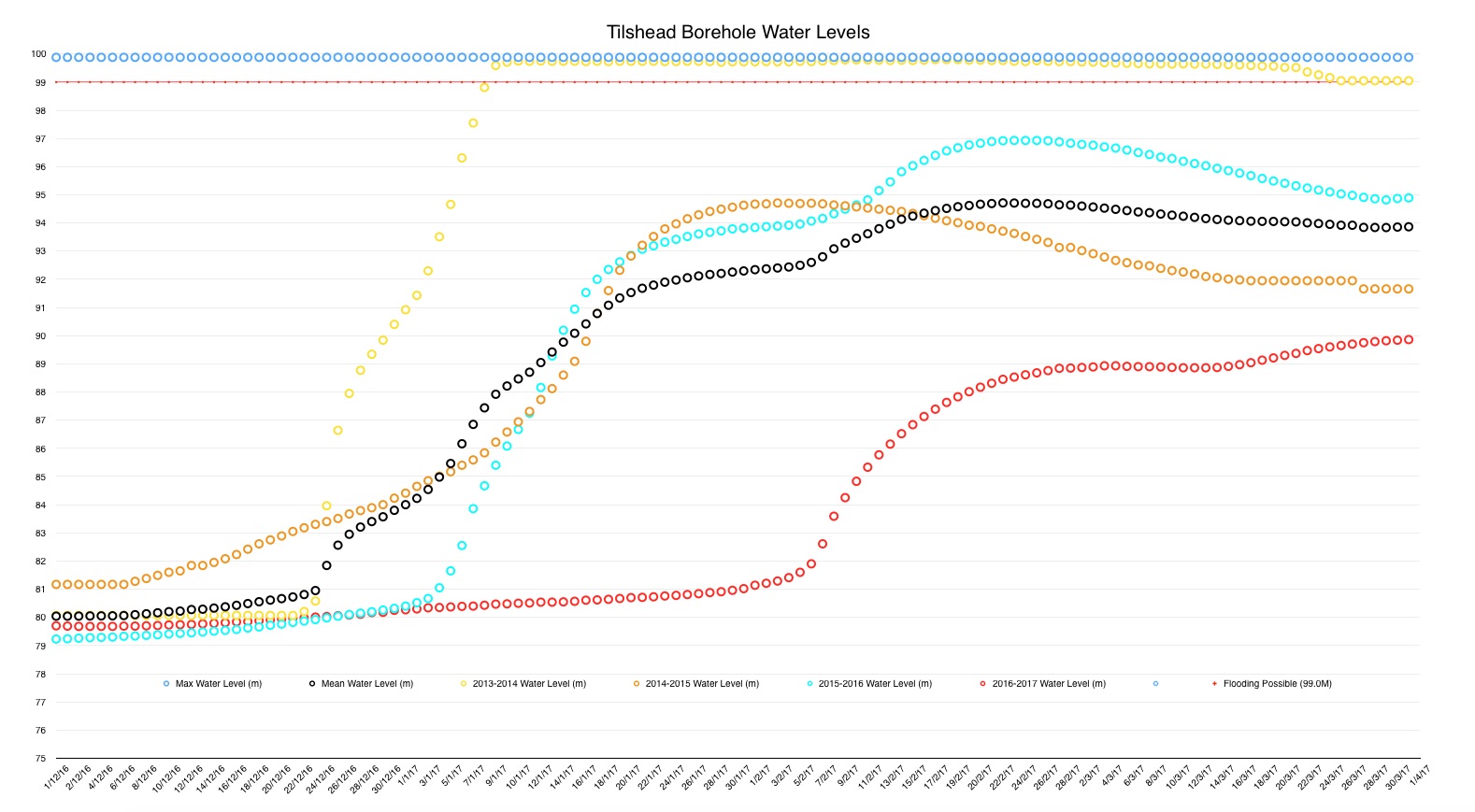 Going forward, the forecast for the next few days is for sunshine and showers.   Later on in April, we are expecting spells of warmer and drier weather.  Have a great summer!