Only one month remaining of this year’s monitoring period and water levels are more than 5m below the 4 year average.  During February, we had 45mm of rain which is about the same levels we had back in the winter of 2014-2015.   That’s nowhere near the 136mm we had back in 2013-2014. Despite the rain last week, the water levels in the borehole tailed off and have now flattened out completely.  If you look at the other traces from earlier years you will see that March is when we would expect to see the levels begin to fall.  That’s simply because two things are happening in parallel.   Whilst there may continue to be lots of rain (we had 81mm in March last year) , the grass has started to grow, trees and shrubs are coming in to bud and they are using large quantities of water to do so. 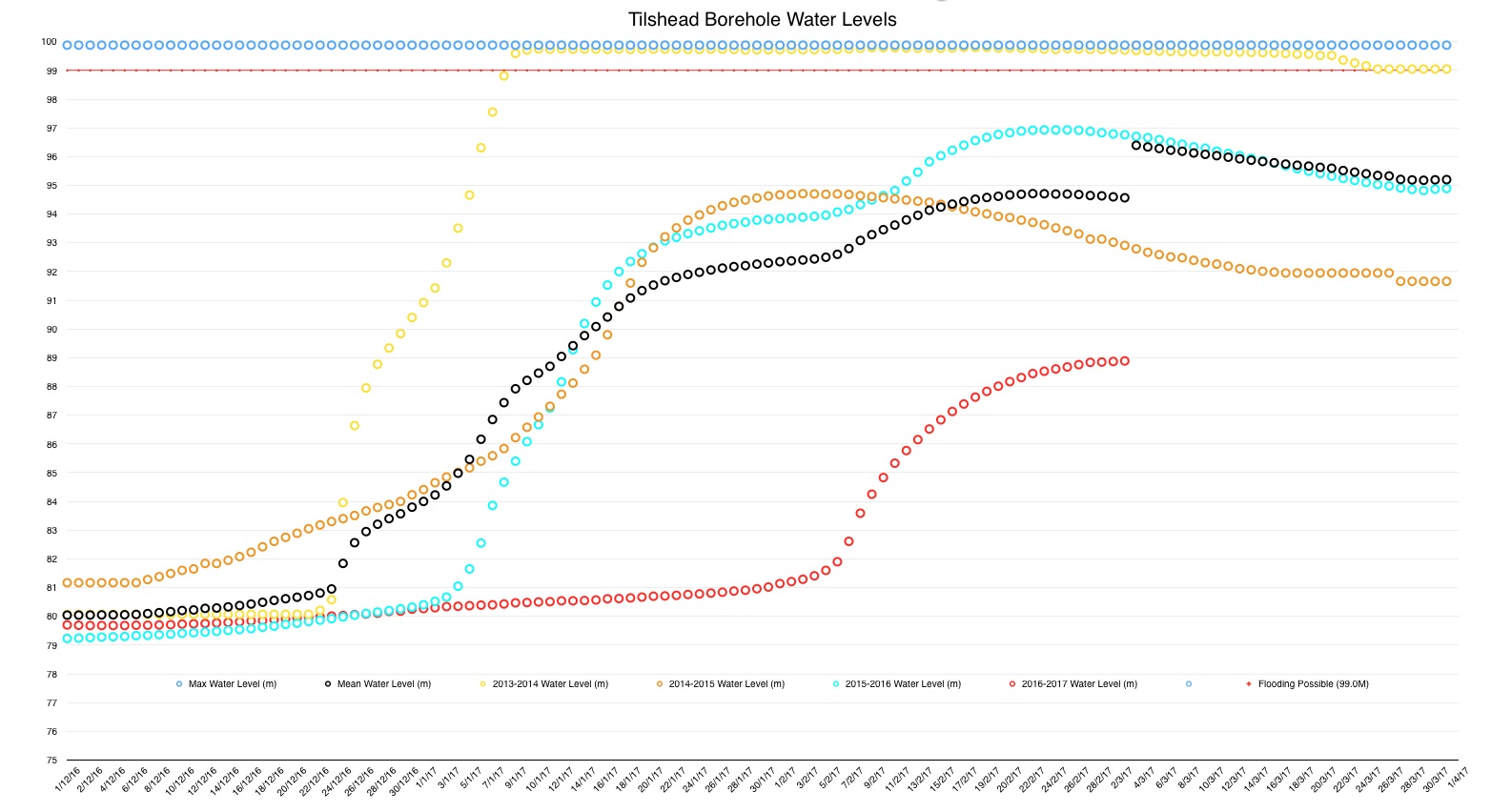 It’s raining now and we have a lot more rain forecast for the day and later on in the weekend.  Showers and longer periods of rain are predicted for the rest of the month. It’s entirely possible that we could exceed the total rainfall for March 2015 (9mm) by the end of today; as I write, it is 8:30am and we have already had 3mm of rain.   This week could prove the most interesting of the winter for water levels in the borehole.