Well, no, not really.  Nothing to do at all with John Wyndham’s post-apocalyptic novel from 1951 coming to life in Winterbourne Stoke, but those of you around and about in the village and the A303 earlier today would have seen the large signs warning of “Heavy Plant Crossing”.   These were warning of the drilling rig being unloaded and set up behind Cleeve View to the south of the A303.  This is yet another activity associated with a potential bypass of the village.  Highways England are sinking a 13 metre borehole to monitor water in the aquifer directly under the village. 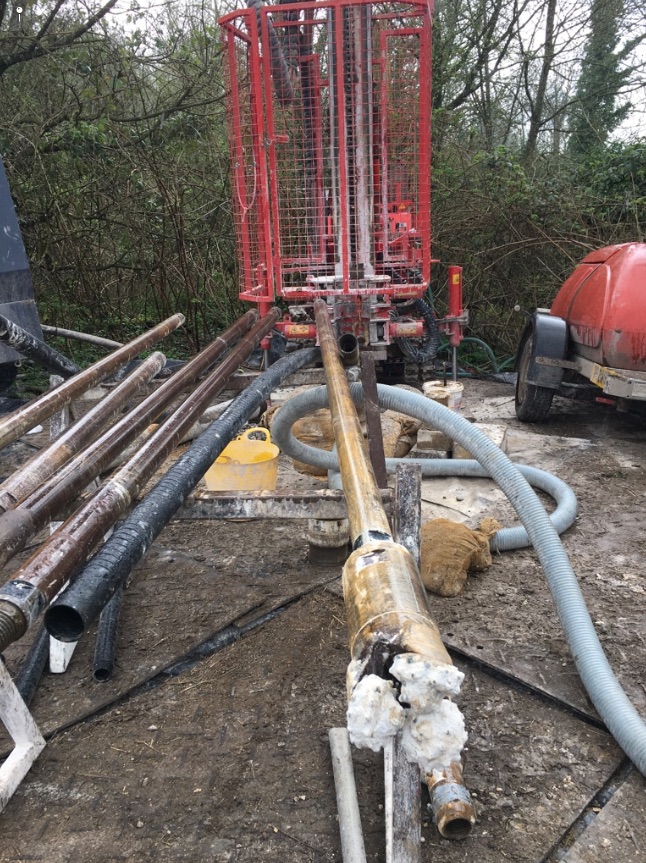 Work will only be conducted during daytime hours as it will generate a bit of noise.  It is also likely to continue for a few days.

We don’t believe the monitoring is going to be permanent, which is a great shame, as in time it could prove a better resource than the Tilshead borehole in predicting flooding within the village.