Today’s announcement of a northern bypass for Winterbourne Stoke is something of a curates egg – it’s only good in parts. As a village, we were offered two poorly thought-through bypass route options by Highways England, with no information that supported either as a rational choice and were then asked to state a preference. Both route options seemed likely to result in adverse effects on the lives and health of at least some villagers, on local businesses, the local ecology and the archaeology. This has proved un-necessarily divisive and I feel Highways England have treated local residents in a very shabby fashion. The northern route that seemed likely to have the least adverse impact on the greatest number of villagers on the basis of the information that we ourselves uncovered, has now emerged as the preferred choice. 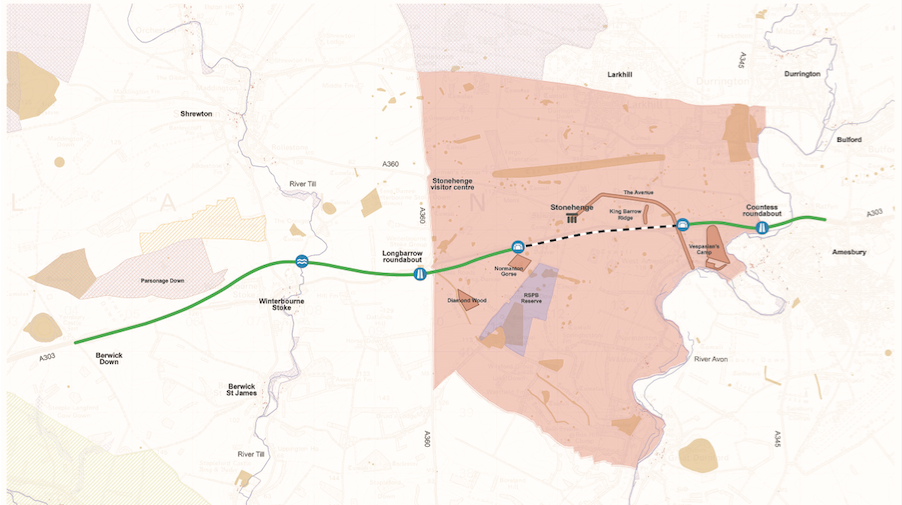 So, at a very superficial level, there will be sense of relief by many in the village, that the blight of traffic jams on the A303 may finally be solved. But we’ve been in similar situations before and we won’t be convinced that it will happen until the work actually begins. We are not celebrating just yet.

Whilst being unimpressive at the parochial scale, the plan also fails at every other level. We are lucky enough to live in a globally unique landscape. The government had the opportunity to protect it for posterity by removing the A303 from this part of south Wiltshire entirely. Taking the route south of Amesbury and meeting up with the A36, or by going north onto the southern edge of the Salisbury Plain Training Area might have achieved this at a lower cost than the current proposal and to greater ecological and archeological benefit. They have chosen not to do this. Shame on them.

Sadly, the archaeological emphasis has focused on the rather narrow interests of English Heritage and Stonehenge. Even the World Heritage Site is an artificial construct – the archaeology doesn’t stop west of the A360, or south-west of the Longbarrow roundabout. If the government wanted to do anything other than pay lip-service to history, this would have been taken into account; it hasn’t been.

Motor vehicles have been around for a little over a century and it seems unlikely that transportation needs are going to remain the same for the next century. So it is incredibly short-sighted to damage this unique landscape further with tunnel portals, signage and a bypass.

Locally, even if the work does go ahead on an already delayed schedule, we are still faced with years of traffic jams and pollution until the bypass is completed. Until that is done, Highways England need to implement two simple measure that would prevent most of the traffic chaos in the area – erect temporary sight-screens along the northern side of the A303 to prevent motorists and their passengers from seeing Stonehenge and slowing to take selfies, and closing Byways 11 and 12 to motorised traffic and maybe installing a temporary footbridge over the A303 at Byway 12. English Heritage and others would surely complain about the first idea, but it would only be temporary, it would improve Health and Safety for motorists and it would prevent much of the rat-running that blights all our lives on a daily basis.

So, the news today will not be to the liking of all villagers. That was always going to be the case from the moment two options were put on the table. As a Parish Council, we now intend to do our best to ensure the impact of the bypass is minimised for those most exposed to it, and to find ways of benefitting the village as a whole as a result of its construction.

4 thoughts on “A303: Northern Bypass for Winterbourne Stoke and Stonehenge to Berwick Down Scheme”

Do NOT follow this link or you will be banned from the site!