Villagers may be very interested to made aware of the 2017 Annual Report on the Government Major Projects Portfolio (GMPP) from the Infrastructure and Projects Authority (IPA),  published yesterday (18 July 2017) by the Cabinet Office. 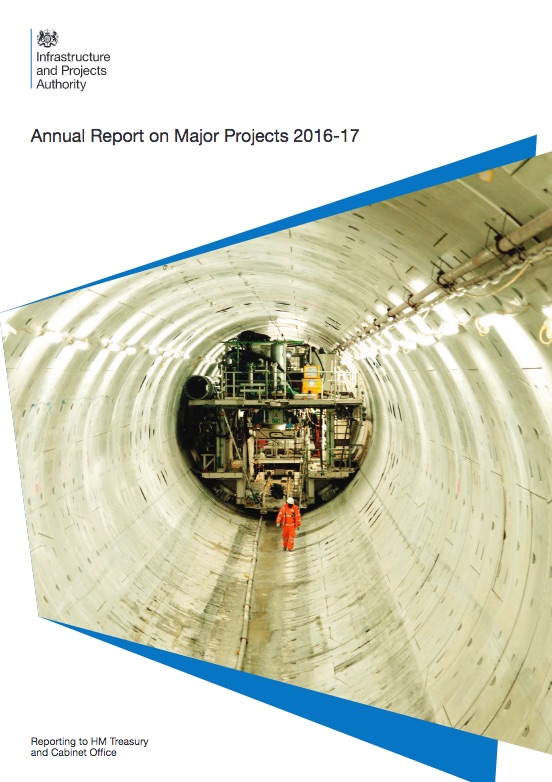 Buried in one of the supporting documents is the following text relating to the Stonehenge to Berwick Down A303 Project:

Construction of twin-bored tunnel of at least 1.8 miles as the road passes Stonehenge coupled with a dual carriageway bypass for Winterbourne Stoke to link the existing dual carriageway section around Amesbury with the dual carriageway at Berwick Down. Project aims are: – To create a high quality route between the South East and the South West that meets future needs of traffic – To enable growth in jobs and housing by providing a free-flowing and reliable connection between the South East and the South West – To help conserve and enhance the World heritage site and to make it easier to reach and explore – To improve biodiversity and provide a positive legacy for nearby communities.

The red delivery confidence rating (This means:Successful delivery of the project appears to be unachievable. There are major issues with project definition, schedule, budget, quality and/or benefits delivery, which at this stage do not appear to be manageable or resolvable. The project may need re-scoping and/or its overall viability reassessed. ED) that was awarded at Gateway 1 reflects the complexity of the project. To improve this rating an action plan was put in place. A review of progress made against the recommendations was carried out in October 2016, in which the delivery confidence rating was upgraded to red/amber (This means the project is now viewed as follows:  Successful delivery of the project is in doubt, with major risks or issues apparent in a number of key areas. Urgent action is needed to address these problems and/or assess whether resolution is feasible.)

Project is on track with the option selection process prior to a statutory pre-application public consultation planned for January 2018 as part of the Development Consent Order Process. The Road Investment Strategy (RIS) has set a challenging target of starting works within the first RIS period, i.e. prior to April 2020. This target can only be achieved if the project is publicly financed. A revised Private Finance delivery programme is being developed.

The key take home-message seems to be that successful delivery of the project is still in doubt, the Treasury have decided to adopt a privately-financed design, build, finance and maintain (DBFM) approach to funding this scheme – despite the assurances that the funding had been ring-fenced.   So, the time scales we have previously been given (start in 2020 and completion by 2024) are now, seemingly, irrelevant.